Having a cultural understanding past our own personal experiences is beneficial for life.

Littleton got in contact with a past student, David Stewart, who had the idea that would not only help his students practice and understand English, but would also prepare Littleton’s students for the world outside of school.

Littleton expressed her passion for connecting international students with her own.

“It gives the South Korean students an opportunity to practice and hone their skills, but it’s also a great experience for both sets of students to learn more about others and kind of broaden their cultural experience and perspective,” Littleton said.

Students like senior Olivia McGlaughlin appreciate the opportunity to peek into someone else’s life.

“I thought it was a really unique opportunity to be able to get in contact with somebody outside of the U.S. and learn about their culture and like their daily life,” McGlaughlin said.

Junior Elizabeth Engle trusts that having the ability to communicate with people gives new opportunities to both groups of students.

“I do like the program,” Engle said. “It’s been really fun to relate to someone that’s so far away, and we have also been able to communicate through video so they get to learn about us, and we get to learn about them. I think it’s also [a] good learning experience for…them to learn English and how we use it in our daily lives and maybe … slang terms they wouldn’t really know.”

The first letter focuses on an introduction. Having ice breakers lets the students get to know each other.

Littleton imagenes that writing these letters will help both sets of students.

“The first letter was an introduction,” Littleton said. “It was a multiparagraph, so … we are all honing our writing skills. Currently, they are introducing themselves to each other, their likes and dislikes as well as their school experience.”

Engle was intrigued by the aspects of the South Korean students daily academic lives after receiving the first letter.

“I asked them a lot about what their daily schedules are like because I know their academic life is pretty different from ours,” Engle said. ”At least the students that we sent letters to, they live in an all boys school and they stay there pretty much year round.”

“We are finding out the difference of learning between different countries and how English is perceived,” Engle said. “We are really focusing on learning to communicate in different ways not just verbally, but also communicating [through writing] our lives and different hobbies we like.”

One aspect of the lives of South Korean students is the amount of demands received during school.

“That’s very eye-opening for my students,” Littleton said. “My students will read the letters and are definitely surprised by just how… demanding the South Korean system is, in terms of the boarding schools.”

The South Korean students’ school mostly focuses on the testing aspect of education.

McGlaughlin enjoyed learning about aspects of their daily lives.

“I remember that they had a lot of regulations [such as dress codes and the amount of time spent on academic studies] and things they couldn’t do, so it was interesting to see how they got around and how they still managed to maintain their hobbies and stuff like that,” McGlaughlin said. 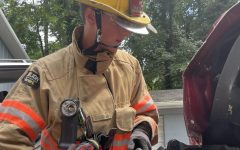 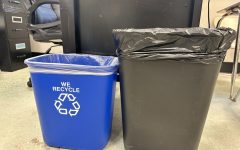 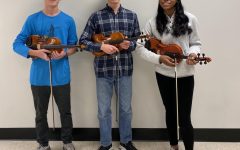 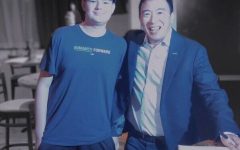