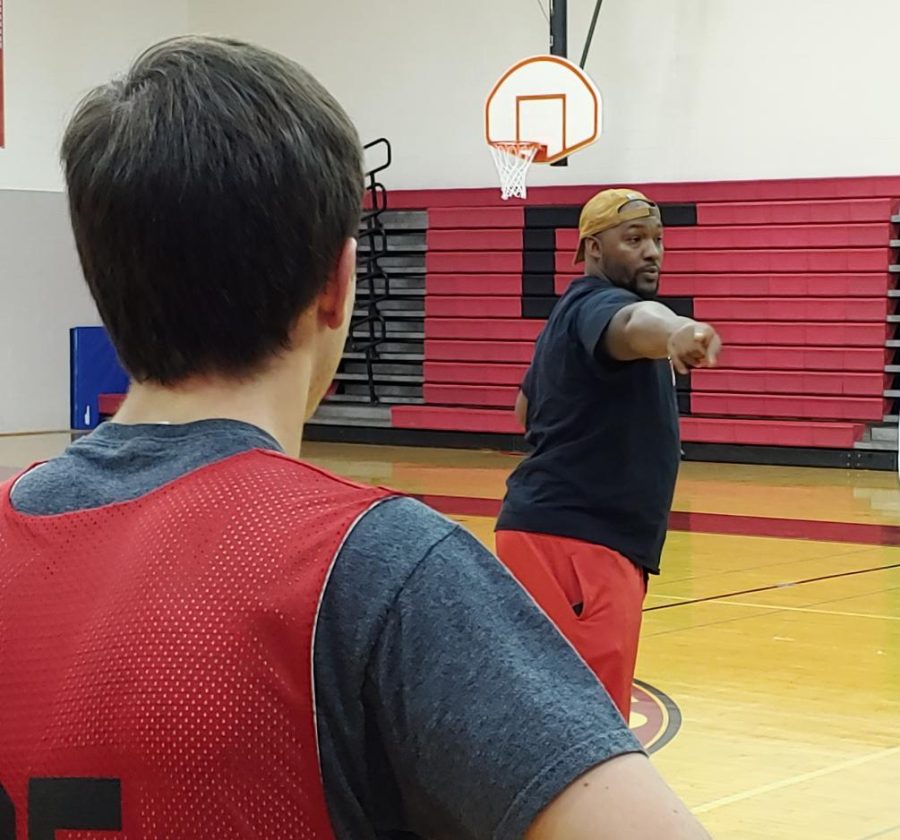 With his role of teaching young youth the basics of basketball at the Jewish Christian Community Center in York to his experience playing Division II basketball for the University of South Carolina Aiken, Leonard looks like the right person for the job.

“I’ve wanted to help out youth in the community since I was 14,” Leonard said.

Leonard had Division II basketball assistant coaching offers but chose to stay in our school district.

“I had my daughter in the area,  and she didn’t want to leave her friend,” Leonard said.  “Me and my then fiancé were about to get married, and it would have been challenging. Then I saw this job, and it was perfect and everything I wanted.”

Leonard has had a large impact on the boys teams in his short time with them, according to senior Oliver Dance.

“He has brought a lot of new looks on offense and defense,” Franklin said.

The team has a few goals this year; the greatest is to win states.

“We fell short of our goal last year, but with coach Leonard and the guys we have this year, I’m confident,” Dance said.

Leonard has plenty of experience to lead the team forward.

“When we interviewed coach Leonard, I was really impressed by his resume and the experience he has,” Franklin said. “I definitely think he’s the right fit for the team.”