Hours of scraping send curls of wood spiraling onto desks,

imagine a place to showcase these inner workings of the creative mind.

The literary magazine, also referred to as Lit. Mag., is a club that allows students to submit artwork that will be accessible on the Courier website, www.shscourier.com.

Co-editor freshman Sophie Sedgley sees the club as a showcase.

“We want to give students a place where they can present the work they’ve worked so hard on…” Sedgley said. “…it is really nice when you are able to write something or draw something that means something to you, but it’s even greater when you can go share it with people around you.”

Co-editor freshman Danielle Lavery wants the club to be a safe space.

“It’s important for the student body to have a space where they can express themselves through creativity, and it really connects us through a common interest,” Lavery said.

Many students take part in art-based activities and electives at Susky. This club gives students who have worked hard on writing, painting and photography a place to share that work with their peers.

“A big thing is being able to express yourself, and for so many creative writers who just have those stories that they’ve written just sitting in their drive, and they don’t go anywhere, and they don’t get to express it,” Sedgley said. “…it’s so important that we give students a way they can share that with people around them…. it gains so much more meaning when other people can read it and other people can have their take on your writing or other people can be touched by the things you’re drawing…. that’s [an] important thing- we’re bringing the student body together and helping out individuals as well.”

Unlike years past when work was showcased at the end of the year, each month’s submitted work will be posted via a link on the Courier website for people to admire with a new theme. Students will have the option to submit art that represents the theme and or not.

Literary Magazines club adviser Timothy Groth expresses his excitement for some of the new changes being made this year.

“I’m really excited about some of the changes that have already been proposed for the club because I think something that is going to be great is making the Lit. Mag. a more regular part of school life…,” Groth said. “…I like the fact that we are going to engage students all year long.” 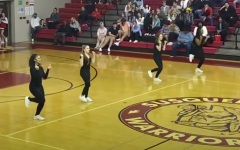 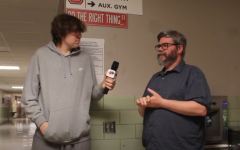 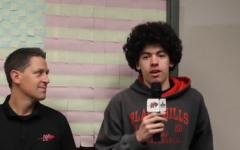 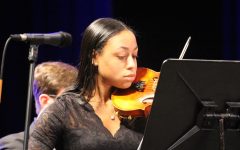