Vinyl record sales have been increasing in recent years, but some question who is buying this seemingly outdated medium of music.

According to Reader’s Digest, vinyl records, or LPs, were abandoned for cassette tapes, then CDs, MP3 players and finally, digital streaming.

However, records made a comeback in 2020 when it became the first time in decades that they were more profitable than CDs, officially making them the most popular physical medium of music.

Thomas Anderton, owner of Tom’s Music Trade in Red Lion, explains how this newfound popularity has affected his business.

“It’s a lot more work,” Anderton said.¨I [sell] a lot of used stuff, but I also have to do a lot of new releases because the demand for new music on vinyl is very hot right now.”

However, according to Mix Online, only 38 percent of consumers have actually been buying vinyl for more than 10 years.

According to Reader’s Digest, millennial and Gen Z consumers are the main cause of this widespread record revival.

Mix Online states that young vinyl consumers not only enjoy this medium for the sound quality and packaging, but also because many artists are supporting and embracing it.

Most record users plan to keep purchasing vinyl and upgrading their turntable equipment.

“There’s definitely a new, younger crowd that I’m noticing and that’s really cool,” Anderton said. “Their parents [are] handing down their record collections or because they have a turntable, they’ve dug out their old records and [there’s] definitely a mini record revival going on.”

But not everyone is buying vinyl records to listen to the music on them.

Many younger vinyl consumers have started a trend of repurposing old records as room decorations and even painting them.

Anderton has noticed the popularity of the trend and enjoys it as well.

“I think it’s really cool; I do that myself,” Anderton said. “I actually donate a lot of records for doing crafts. But I think it’s cool, I love all that stuff.”

“I think they like the colored vinyl variants more,” Anderton said. “I think it’s a neat thing that they’ve maximized. They’re really using the different colors to get kids interested and get them collecting. It can be expensive, but it’s still fun.”

But why are people becoming so interested in vinyl? What’s the appeal?

Reader’s Digest describes the many benefits of collecting and listening to records.

Records provide a more tangible way to listen to your music. They give you something to hold onto, share and pass down through generations.

So much of our lives are spent online, but this form of music consumption is detached from technology, making it more personal.

It is such an experience flicking through your records, pulling the vinyl out of its sleeve, carefully setting it in place and listening through the entire work.

The little flaws and imperfections, like the familiar crackling between each track, that come with listening to records, make it an even more personal experience.

It also helps you feel more connected to an artist when you mindfully take the time to listen through an entire collection of their music.

Anderton explains what sets records apart from other physical mediums of music.

“I understood the convenience of cassettes [and] CDs, but there was nothing like actually having a record or a record collection,” Anderton said. “Flicking through someone’s records is always a cool thing to do; it’s not quite the same with CDs and cassettes.”

Anderton talks about why younger generations are drawn to music on vinyl.

“The music [has] a whole different feel,” Anderton said. “A lot of kids, all they’ve done is download songs, but it’s different when you listen to a record. You tend to read it and take more interest; whereas, [with] a CD or a download, [kids] don’t find out as much about the band.”

Anderton also details the benefit and comfort of listening to music on vinyl.

“It’s way more of an experience, and the best thing about it all is it really does sound better,” Anderton said. “There is a difference and kids can notice it as well; it’s a whole new experience for them to listen to records.”

Plus, as Mix Online mentions, newer and bigger crowds of people are visiting and supporting their local indie record stores.

The most important day for indie and mainstream record stores around the world is the annual Record Store Day, which took place on April 23 this year.

“It’s hectic and stressful,” Anderton said. “I love it; it’s an amazing day.”

This day is an extremely successful and profitable event, requiring months of preparation and thousands of dollars in personal investments for record store owners.

“There’s a lot of work that goes behind Record Store Day,” Anderton said. “I start getting ready 2 months before [it] even happens, working after hours and early mornings. I [spend] over $15,000 straight out of the bank on records just for that day.”

Despite how chaotic it may seem, Anderton agrees that all of the hard work is worth it.

“For all the stress, as soon as the doors open on that day, it’s the best thing ever, and it’s the best day,” Anderton said. “I’ve never had a bad Record Store Day; it’s always been fun.”

Anderton has some advice to impart on new vinyl users when it comes to caring for their records.

“Take care of your records, [and] put them back in [their] sleeves,” Anderton said. “If you handle them, they’ll sound amazing forever, and there’s a chance they could be quite an investment in the future. But handle them well, play them on a decent player and just enjoy the music.” 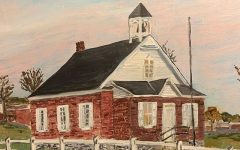