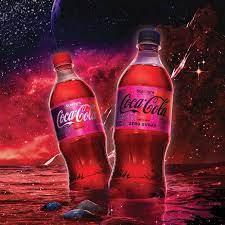 Attempting to create the taste of the Milky Way, Coca-Cola has come up with a new Starlight flavored coke that is said to “taste like space.”

This product came to life in 2009, when astronomers were able to discover ethyl formate within a dust cloud located in the Milky Way.

This discovery led them to believe that dust clouds may have a slight taste of raspberries and could possibly smell of rum.

Coca-Cola came out and said that their product is “inspired by space” and has “notes reminiscent of stargazing around a campfire.” In order to put this explanation to the test, I figured I should start by trying the product exactly how it came- room temperature and straight from the can. Needless to say, this was a terrible idea.

It is necessary to note that I wasn’t able to find the regular version of Starlight Coke and was, unfortunately, stuck with the zero sugar option. However, considering the reputation of this drink, zero sugar versus regular will not make much of a difference. 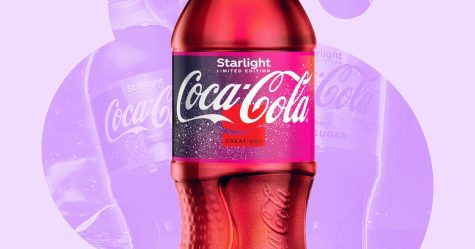 The scent that flooded my nostrils was certainly “reminiscent of stargazing around a campfire,” by which I mean, it smelled like I was inhaling smoke. My first impression was, needless to say, not very good, but I persisted and took a taste of the mystery product.

Imagine my disappointment, but not surprise, when it tasted exactly how it smelled. Though it wasn’t the most pleasant taste, it was exactly what I should have expected because of the oh-so-accurate description.

When drinking Starlight Coke at its intended chilled temperature, the scent stayed relatively the same, but it was definitely not as strong as the room temperature version. I was pleasantly surprised when I tasted a hint of cotton candy from the chilled Starlight Coke.

I thought I should try another room temperature and another chilled in order to see if every Coke truly tastes different.

The room temperature tasted about the same as before, but the chilled version ended up tasting very different.

This second time trying Starlight Coke gave me hints of raspberries and an underlying taste of various other fruits. This concoction of Starlight Coke was by far my favorite and definitely worth the money. 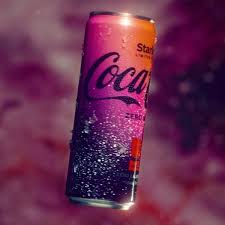 Personally, I would be willing to give Starlight Coke another try (as long as it’s chilled); however, I do not prefer it to my personal favorite, Vanilla Coke.

The true definition of Starlight Coke’s taste seems like it’s going to remain one of the world’s evolving mysteries, changing one can at a time.