Both teams had numerous accomplishments at their first invitational and anticipate great achievements this year.

Head coach Brian Wingert is happy with the season’s start and the hard work from all the swimmers.

“I think we are starting off to a fantastic season, we had the meet at Dover Invitational our first weekend of the season that both boys and girls teams placed higher than they have any time in the past,” Wingert said. “We’re rebuilding [the girls team] to try to have some of the younger kids come in and fill gaps, so that’s gonna take time, but the kids that are in there are really stepping up, so I’m hopeful.”

Senior swimmer Joshua Ketterman is proud of the teamwork of all the swimmers and how close they’ve become.

“I’ve seen more comradery this season than I’ve seen out of all four seasons that I’ve ever been in, and I’m really proud of everyone that’s come up and everything we’ve been able to do,” J. Ketterman said.

Sophomore Katelyn Ketterman has already noticed growth in all the swimmers this season.

“Everyone’s made such big improvements already, it’s been really cool to watch everyone drop times, everyone working together and bonding and just seeing how we’ve grown as a team,” K. Ketterman said.

Wingert attributes a lot of the swimmers’ improvements to pre-season training.

“Preseason training is invaluable to starting a season, we have a large number of students that have never swam competitively before,” Wingert said. “That preseason time gets them the headstart that they need to be able to jump right into a training season, it gets them basic technique.”

Ketterman appreciates Wingert’s impact on him with his skills as a coach.

“I’ve seen a lot of improvements technique-wise over the years,” J. Ketterman said. “I’ve had previous coaches and they could never do what Wingert can do.”

Wingert loves interacting with and coaching the team just as much as swimmers like having him as a coach.

“[The swimmers] are great, they’re working so hard and I could not be happier with the work they’re putting in,” Wingert said. “I can’t imagine coaching a team that I didn’t see every day in school. I can ask them to do really hard things because we’ve built up this relationship and I see them every day.”

Ketterman enjoys and appreciates swim practices, despite them being difficult.

“Practices are ruthless, we have a lot of fun though,” J. Ketterman said. “I really love that we can push ourselves and do whatever we need to make sure we’re the best swimmers we can be.”

Wingert is proud of all his swimmers’ accomplishments and the work they put in during practice.

“It’s very fulfilling to me to see when I teach them something, and they make changes to their technique, that they improve,” Wingert said.

Ketterman notes her own accomplishments at this point in the season.

“I’ve been super happy with how I’ve done so far,” K. Ketterman said. “We’ve only had one or two meets but I’ve already dropped, in certain events, 20 seconds from my last season personal record.”

Ketterman is hopeful when it comes to the outcome of the season.

“I honestly think that we have a pretty good chance at winning districts this year, we have a really good boys and girls team,” K. Ketterman said.

Ketterman loves competing as well as the people on the swim team.

“I love the environment of the meet, I love the adrenaline rush you get,” K. Ketterman said. “[But] the people are what really makes the sport. It’s such a tight team; everyone’s nice to each other, [and] everyone’s got each other’s back.”

Wingert is proud of his team and all the work they have been putting in this season.

“We really came together as a team, everybody’s very supportive of each other during practices and it’s just a great working environment,” Wingert said. 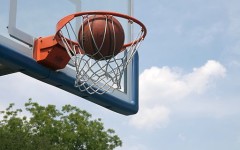 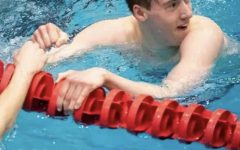 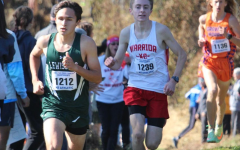 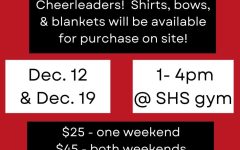 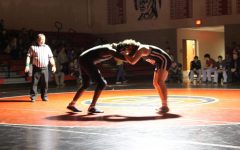 Wrestling Preps their Way to the Mat