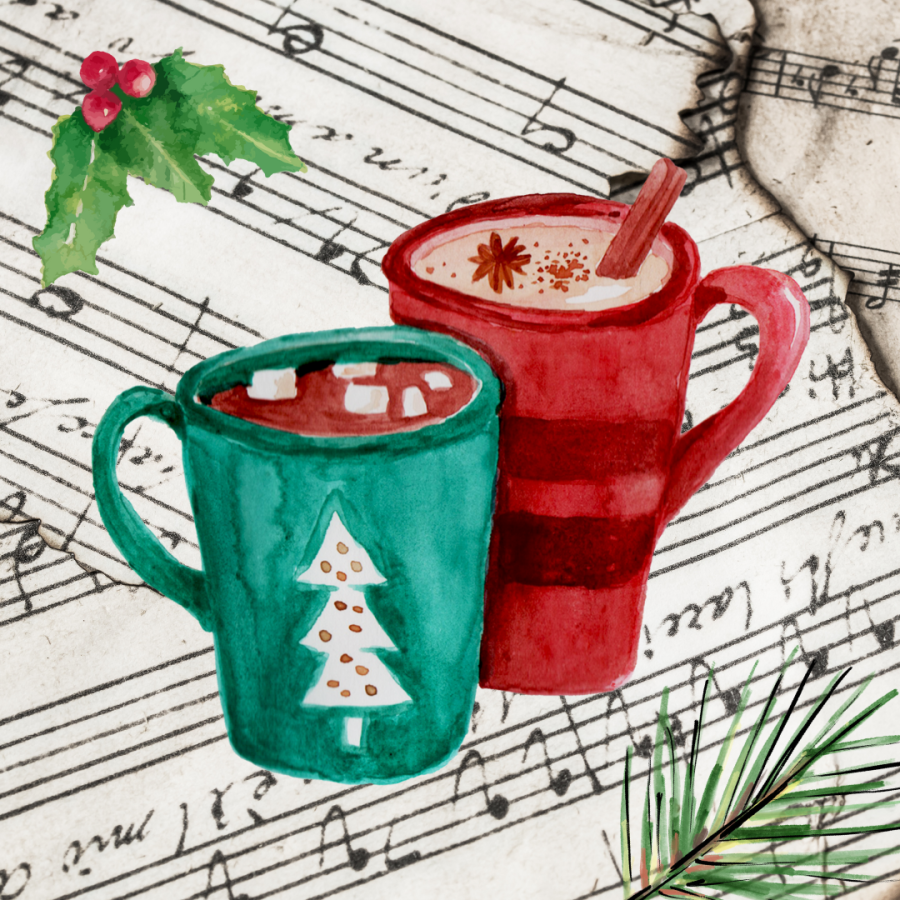 Certain holiday songs are prominent this time of year to the point that you might only need to hear 10 seconds of the song to instantly be able to recognise it.

I was curious to know which songs were a common favorite, so I asked people via Instagram.

I gave people 24 hours to respond to the question, and some of the most common responses were, “Oh Christmas Tree” by Aretha Franklin, “O Holy Night” by Carrie Underwood, “Jingle Bell Rock” by Bobby Helms, “Candy Cane Lane” by Sia, “All I Want for Christmas is You” by Mariah Carey and “Hallelujah” by Pentatonix.

My personal favorite that was not mentioned is “Baby It’s Cold Outside” covered by Toxxxic and Wilbur Soot.

I researched on Google what the most popular holiday songs were, and the three top answers I received were: “Do They Know it’s Christmas?” by Band Aid, “Santa Tell Me” by Ariana Grande and “It’s Beginning to Look a Lot Like Christmas” by Micheal Bublé.

After listening to each individual song, I ranked them on a scale from one through ten (ten being the worst, one being the best) below.

Starting off with a very common one, “Oh Christmas Tree” by Aretha Franklin. This song is very slow, but definitely gives off good Christmas energy. I personally would not choose to listen to this song if given the choice of a lot of others mostly because of how slow it is. Now don’t get me wrong, it is a really pretty song, but it is just not something I would pick first in a list of other songs.

Moving on to another popular song is“O Holy Night,” covered by Carrie Underwood. This song is really pretty. I typically don’t like slower songs, as I previously mentioned, but Underwood’s voice in this song makes it more enjoyable to listen to. The instruments in the background of the song accompanying her voice just make this song feel so festive.

Off to a Christmas song that almost everyone can recognise, “Jingle Bell Rock” by Bobby Helm. It starts off with instruments and jingle bells in the background, and you can instantly feel the holiday spirit. I think that this song is just one of those songs that instantly brightens your spirits. It has such a merry feeling to it and an excellent beat to bop around to.

Now onto a more recently released song compared to the others, “Candy Cane Lane” by Sia. This song takes  more of a pop song angle on the standard Christmas song. It has a very fun beat to it with plenty of background instrumentals. Overall, this is just a really fun song to enjoy at a Christmas party or other sort of festive event.

“All I Want for Christmas is You” by Mariah Carey

Here’s a song that is almost guaranteed to be heard in any public store you go to this time of year- “All I want for Christmas is You” by Mariah Carey. This is one of those songs that I can appreciate at the beginning of the season, but it does get extremely overplayed. I like this song because of how catchy it is. You can listen to it one time, and then it’s in your head for the rest of the day.

“Hallelujah,” covered by Pentatonix, is a strangely beautiful song. Since Pentatonix is an acapella group and they have no instruments, they have multiple voices acting as instruments. Their voices balance out so well that it just makes the song sound even more graceful than the original song already was.

“Do They Know it’s Christmas?” by Band Aid

Now for a song that I have never previously heard, “Do They Know it’s Christmas?” by Band Aid. It starts off really slow but progressively speeds up and makes it more interesting to listen to. It takes a different approach to typical Christmas songs which I thought was really cool. It was mostly just drums and other forms of percussion in the background of the song accompanied by jingle bells to give it a little Christmas vibe. I would rank this song a six out of 10.

“Santa Tell Me” by Ariana Grande

Off to a really popular pop Christmas song, “Santa Tell Me” by Ariana Grande. This song is an excellent take on a Christmas song but is done in the way of a typical pop song. It has the perfect amount of holiday flare with jingle bells and other festive instruments that makes it an excellent pop holiday song.

To finalize the list, we move on to the king of Christmas music, Michael Bublé. “It’s Beginning to Look a Lot Like Christmas” is a perfect example of a Christmas song that you would for sure hear at a Christmas family gathering. It is a slower song, but it is done in such a way that it is not boring,and something good to listen to if you are trying to get into the spirit.

Obviously there is no “perfect” holiday song, but one that comes close, to me at least, is “Christmas (Baby Please Come Home)” by Micheal Bublé. It was not on the list, but  it definitely should have been, which is why I am giving it an honorable mention here. You can feel the Christmas spirit in it, but it also gives off such strong emotion. While I can’t relate to it, I still think it is a really good song.

“Baby it’s Cold Outside,” covered by Toxxxic and Wilbur Soot

Another honorable mention of a cover that you most likely have not heard is “Baby it’s Cold Outside,” covered by Toxxxic and Wilbur Soot. If you are a fan of Christmas music and a singer with a posh British accent, then you will probably want to give this one a listen. Other than the singers’ voices, there is not anything really that special about this song, but with the way the singers’ voices accompany each other so perfectly, it is just a really good song. It is my personal favorite, and I highly recommend it.