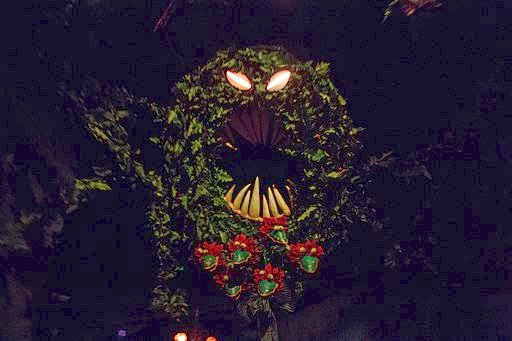 While it may be annoying to see a giant inflatable Santa as soon as you walk into stores on Nov. 1 (we are looking at you, Lowe’s), it reminds us of one of the best times of the year, the holidays. If you are looking for something to get you in the holiday spirit, whether alone or at your family’s big gathering, go grab your hot cocoa and flannel pajamas, and I will share with you my favorite movies to watch during this chilly time of year.

Writing letters is a big part of the holiday season, but what happens when one town goes without a post office for those letters? Jesper is the spoiled child of the headmaster for a postman’s academy and has proven to be the worst of the students. After he is sent to a snowy, frozen town in the North Pole, he discovers a reclusive toymaker named Klaus, who he hopes will help calm the tensions between the two large families in the town.

He’s a mean one, that Mr. Grinch, with those termites in his smile. When the reclusive Mr. Grinch discovers the joy of Christmas in the hearts of the Whos in Whoville, he makes a plot to take the holiday from them, but throughout his evil plan, he learns that Christmas comes without presents, without tags and without streamers, boxes and bags. He learns the true meaning of Christmas, that Christmas, maybe, is a little bit more.

As one of the classics, this movie is remembered by everyone, but that is not entirely why we remember it. We can all relate to the Grinch in some way, especially for those of us feeling like we are left out of something, and we begin to despise it. We believe that everyone would be better off without it or disappear to spite those who enjoy it. When we are included in certain activities, just as how the Grinch was included in Christmas traditions, we can see the perspectives of those around us, giving everyone a theme to remember.

Santa is usually the giver of gifts every Christmas, but when his sack is one item too full, Buddy the Elf is brought back to Santa’s workshop and raised to adulthood to be one of Santa’s elves. When Buddy discovers he does not fit in, he tries to find his biological father, a cynical businessman, and has to live with him as he has nowhere else to go. The movie follows the two as both of them adapt to their new life together.

A heartwarming and funny movie for all ages, “Elf” will leave you laughing to the end. You will see two opposites coming together, a mean old man who changes for the better and a carefree, childish ‘elf’” who teach each other their values, that life is not always fun and games but it’s not just business either. The movie is perfect for all ages and is sure to be a memorable part of your holiday routine.

Who says Christmas can’t be creepy? Everyone’s favorite Chris-oween movie stars Jack Skellington, Halloweentown’s pumpkin king who is bored with the usual task of frightening the human world. When he discovers Christmastown and its jolly, festive nature, Jack develops a plan to kidnap Santa and take his string-lighted throne as the king of gifts.

Most people think that this movie is only for Halloween, but this is false. “The Nightmare Before Christmas” shows that everyone is good at their traditions and that they should not try to change themselves just so that people will like them more. This leaves viewers with the message that true friends are the people who stick by you no matter what you do or who you are.

“Everybody knows, there’s not a better time of year
Hear that sleigh, Santa’s on his way
Hip, hip hooray, for Christmas vacation”
– “Christmas Vacation,” written by Barry Mann and Cynthia Weil

Put 15 family members, an oversized tree, 25,000 lights and some Christmas Spirit in one house. Mix well and prepare for the worst. National Lampoon’s “Christmas Vacation” is the perfect mix of comedy and craziness associated with that time of year. Follow Clark and the rest of the Griswolds as they deal with an unexpected visit from both sets of grandparents and Clark’s redneck cousin Eddie’s family. Even worse, Clark’s employer decides to renege on everyone’s holiday bonus.

If I could only watch one movie for the rest of my life, this would be in my top 3 choices. “Christmas Vacation” is full of goofy moments that make you laugh and sobering moments that make you wonder. The movie also has several moments showing the difficulties this family experiences and their mistakes, most of which could have been easily avoided. The combination of all of these, plus that Christmas spirit of togetherness, makes it my favorite holiday movie, topping the list at the number one spot.