Junior Maddox Ridout is leaving his mark on the community through an addition to Marge Goodfellow Park in New Freedom: a Gaga Ball Pit.

Since the age of 6, Ridout has been working to improve the community in more ways than one as a member of Boy Scouts of America.

Now, he’s working towards the final and most prestigious rank he can achieve before college, being an Eagle Scout.

“After the completion of the Gaga Pit, my Eagle Scout project, I will be extraordinarily close to obtaining the rank,” said Ridout. “Eagle Scout is something that will help me for the rest of my life. I will permanently have the title, [and] I will have left a significant impact on my community.”

Ridout had many choices when it came to deciding on his project, but building the Gaga Ball Pit stuck out to him the most.

“There’s a lot of appeal to Gaga,” said Ridout. “People seem to enjoy it more than other attractions. The park has been recently renovated, so it’s a nice addition that all ages can play.”

Due to this as well as other factors, Gaga is becoming an increasingly common game in parks across the world.

“Gaga Ball is a game like a more watered-down version of dodgeball, but the ball stays on the ground and it takes place in a giant octagonal area,” said Ridout. “It is a very fun and inclusive game…”

Junior Ethan Alwine works closely with Ridout, as they are both in the same patrol of Troop 24 in New Freedom, with Alwine being the Patrol Leader.

“[Maddox] played a major role in my Eagle Scout project and I did in his,” said Alwine. “He is helping the community by creating a safe and controlled area for kids to play games so they don’t interrupt others at the park or hurt others or themselves creating their own area.”

Alwine explains that Ridout is an ideal candidate for his Eagle Scout rank as he demonstrates the qualities of a leader and role model.

“Maddox is a knowledgeable and trustworthy scout who knows what he’s talking about when he does things,” said Alwine. “He also works well with younger kids.”

As Ridout’s inspiration, his Eagle Scout project is the only obstacle remaining for him as a Life Scout and is set to take him to the next level.

We are asked to build something that we are passionate about. Eagle Scout projects are a significant milestone in a Boy Scout’s life. It is not just a box to be checked. You have to leave a lasting impact that can be seen. What better than to give back to the kids in the community?”

After he finishes the project, Ridout hopes to see his addition to the park bringing more visitors to the community as well as local businesses.

“I am envisioning that the Gaga Pit will look nice and be frequently used,” said Ridout. “It’s as if you were building something for a younger sibling- you wish that it will be used for enjoyment, but also stay in good shape.”

Although the structure is close to being complete, Ridout still has his work cut out for him.

“I need to fundraise around $2,000, a bit less than half of what was needed originally,” said Ridout. “If students, or anyone, donate enough money, then their names will be engraved on a recognition plaque outside of the pit.”

Ridout would also like to recognize the efforts of everyone who has made this project possible for him so far.

“Contributors who have made this possible include Boy Scout Troop 24, the New Freedom Borough and all of those who have donated to the cause,” said Ridout. “Thanks to local organizations, donating is all that is left.”

For more details, you can visit Ridout’s Gofundme page by clicking the link to the website where donations can also be made. 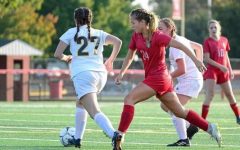 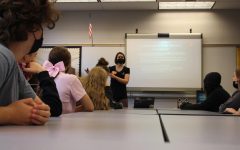