Finishing up your high school career can be daunting, but these three seniors found a way to solidify their future plans amidst a pandemic.

Senior Trent Leuba decided to continue his athletic career after Susquehannock and will play Division III lacrosse for Hood College while studying business.

“[Hood College] welcomed me from day one,” said Leuba. “It’s a nice campus and area, and I was able to meet a bunch of people on the team… It will be a good experience playing lacrosse, and being a business major can help you get a job in a bunch of different industries.”

He had considered playing lacrosse in college as a freshman, but was not totally sure he wanted to continue until he played more throughout high school.

“About two weeks ago I met with the coaches, visited the campus and talked it over,” said Leuba.

Leuba had always thought of college as his next step after high school, so it’s a great feeling for him to be able to accomplish his goal.

“[My family] is excited,” said Leuba. “They’re going to support me no matter what I do.”

Inspired by his brother, senior Spencer Mathena chose a different path and will enlist in the Marines Corps to serve his country.

“I decided on this path about 2 years ago,” said Mathena. “I saw a change in [my brother] that [the Marines] did for him. It helped shape him and gave him opportunities that he didn’t have before.”

While the military can be an intense physical environment, it also teaches simple lessons that can be used every day.

“That really changed my mindset of the military and how the benefits can outweigh the negatives,” said Mathena.

His brother was his biggest motivator in his decision to enlist, so it is very exciting to see Mathena follow in his brother’s footsteps.

After doing some home renovation with his father, senior Zach Pecunes decided on pursuing a trade like HVAC or refrigeration after high school.

“We added two new bedrooms to the house and that’s when I fell in love with the process,” said Pecunes.

Thanks to his father and a family friend, Pecunes was influenced to consider trades more seriously as well as college and the military.

“I still want to have an open mind to joining the military or going to a 2-year college,” said Pecunes. “I’m just keeping my options open for now.”

Internships and apprenticeship opportunities are a great way to get a feel for what a job entails and get prepared for a career in the trades; Pecunes secured an apprenticeship with Kinsley Construction.

“I love carpentry,” said Pecunes. “Also,the more [skills] you know, the more useful you can be on a job site, so I figured [the apprenticeship] would be helpful.”

With the continued support of his family, Pecunes will be able to succeed no matter which path he lands on. 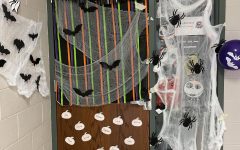 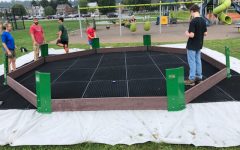 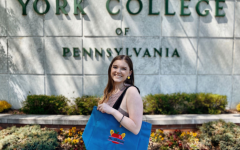 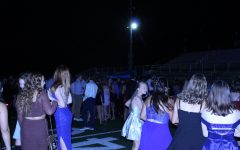 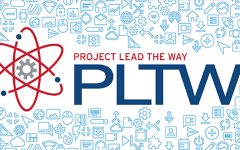