Student athletes are excited to have the season they have been waiting for since 2019 as fall sports begin.

Junior Anne Jackson is a part of the girls tennis team and has been actively preparing for this season in many ways.

“I prepare for my season by going to any extra practices Coach Michels holds,” said Jackson. “She also sets up clinics for the team to do over the summer, so we aren’t completely rusty during the season. I also go and hit with friends on weekends occasionally.”

The cheer team was also excited to get their first football game underway on Friday, Aug. 27.

Senior Alli Walker is excited to flip into this season with her team one last time.

“This season excites the team because all of the fun things we look forward to are back,” said Walker. “Last year, we were not able to travel, have people at rallies or have many fans. The Susky cheerleaders are pumped for some normal and fun ‘Friday Night Lights.’”

Sophomore Anna-Marie Petricevic is pumped to start the season.

“I do think this season is going to be a lot different because we don’t have that many restrictions when it comes to COVID and everyone has improved, so playing a faster and harder game will be completely different from last year,” said Petricevic.

Senior Scott Denis is not only a player on the boys soccer team, but is also the kicker for the varsity football team- all while also being a full time student.

“My coaches do a very good job of helping me balance both sports,” said Denis. “Soccer takes priority, so I go to practice everyday, and I will stay after practice to kick with the football team once or twice a week when convenient. It is a bit difficult, especially with school, but the schedules work out perfectly since football games are on Fridays and soccer games tend to be Monday through Thursday.”

The teams’ atmospheres have made an impact on Denis.

“I enjoy the soccer team because we do very well during the season, but also because it is a family,” said Denis. “I enjoy football because of the atmosphere at the games and because kicking is honestly really fun. The team is really nice and supportive, and Coach Wiles does a good job of being flexible, and I appreciate him allowing me to kick.”

Junior Evelyn Weldon of the girls soccer team is another athlete who has high hopes for this season.

“I am most excited to get to know the girls and to hopefully make it to the playoffs,” said Weldon. “I think we have a good chance of not only winning the division, but also making it far in the playoffs. Our team has good chemistry, and when we work together well, we are almost unbeatable.”

On the golf team, senior Sam Elsen has high hopes and future plans with his career.

“I do plan on playing golf in college, I’m not 100 percent sure where, but most likely Towson or Mount Saint Marys,” said Elsen.

Elsen explains what he predicts the golf team is going to bring to the tee.

“I feel like we are going to do the same thing as last year but I think we are going to make it farther than county’s this year and go to districts and the main goal is states,” said Elsen.

Freshman Kate Tomasic, a player on the girls field hockey team, is excited for her first year playing at the high school level.

“I am so excited for this season because it is so different from middle school, from faster games to more competition,” said Tomasic. “I think this field hockey season is going to be great.”

For the girls cross country team, junior Nicole Dauberman is ready to get the season underway.

“I feel like this season is going to be very different this year because our whole team is ahead of where we were last year,” said Dauberman. “Our girls team has a few new freshmen who have some amazing potential, and… so our team is ranked pretty high.” 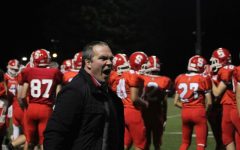 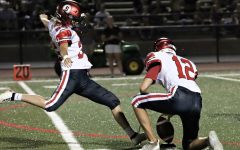 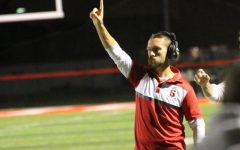