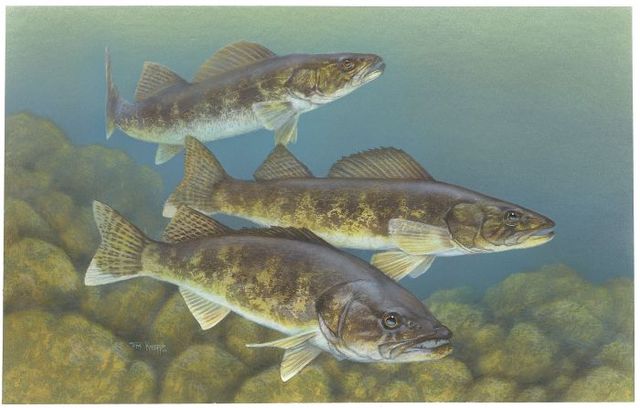 Some of the top four local fishing zones can be rated (from best to greatest) by the types of fish lounging there, accessibility, insect problems and advisable species to catch.

Your morning Zen. It may not be clear by you, but you can make your own sunshine.
Thanks James Briggs for this peaceful scene at Codorus State Park/Lake Marburg in Hanover PA#goodmorning #goodvibes #zen pic.twitter.com/JkCtXLq4mE

The most famous spot nearby is Codorus State Park for its best exposure to the elements as well as the insect population- as of now you should wait for it to not be humid to avoid the vast amounts of bugs.

At Lake Marburg, you can catch fish vast amounts of different species, the most popular being the infamous Walleye which you can catch practically anywhere.

When the water is between 38 to 60 degrees, Walleye are even more likely of a catch.
Most people like this species because of the flavor and freshness of the fish since they have low oil content making the meat nice, firm and moist.

Additionally, Barshinger Creek tops most places because of the population of the Brown Trout,: a slightly larger species of trout.

Fishers tend to prefer Brown Trout smaller than 12 inches, considering that their meat tastes better than most bigger Trout.

Overall, the place that takes the cake in terms of fishing quality is the Susquehanna River because of the Smallmouth Bass species which the creek is overflowing with.

Smallmouth Bass are desired over their bigger counterparts, the Largemouth Bass, because they seem to put up more of a fight. What more could a fisherman want? The bigger the fight, the bigger the payoff.

With these places in mind, make sure to follow fishing regulations and guidelines when making the catch of the day, and, of course, have fun.