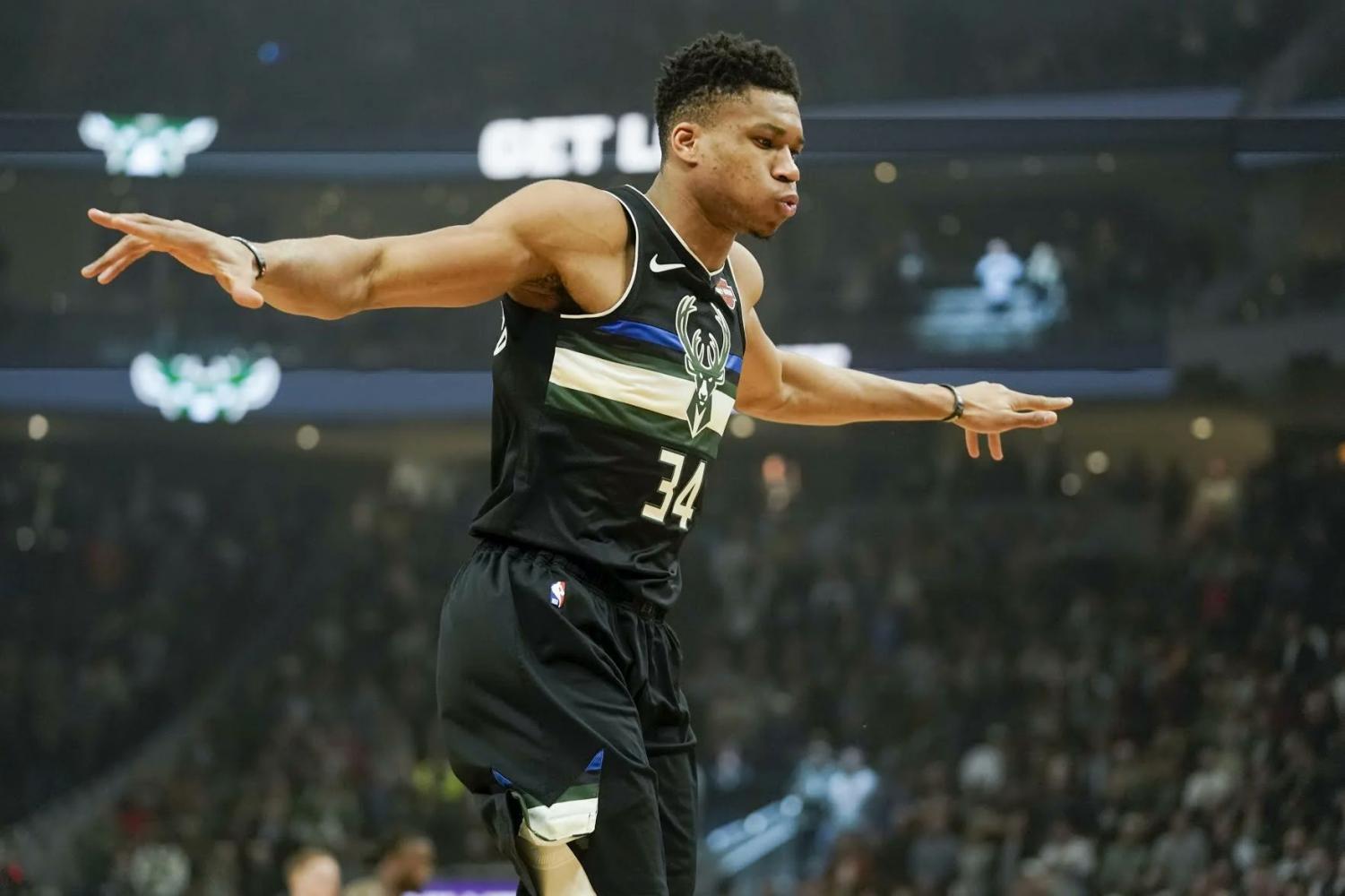 Giannis flaunts his success. Photograph Courtesy of @GiannisSpor via Twitter

Giannis flaunts his success. Photograph Courtesy of @GiannisSpor via Twitter

Which NBA Team has the Brightest Future?

Empty seats and empty courts have narrated the life of the NBA for the past month.

Most major sports leagues have been canceled due to the COVID-19 pandemic outbreak, and it is still unknown when things will be back to normal.

When things do return to normal, the NBA will resume, along with most sports leagues, will continue.

They followed this up by currently holding the best record in the entire NBA at 53-12, as they have already clinched a spot in the postseason for a chance at the NBA Finals.

Last year did not end the way they wanted it to, as they had lost to the eventual NBA champions Toronto Raptors in the Eastern Conference Finals.

Despite the harsh ending, it was undeniable evidence that the future in Milwaukee was bright.

They’re being led by the reigning MVP Giannis Antetokounmpo, who is also one of the favorites to repeat the award this year.

The only other true competitor for the award is LeBron James, who many believe to be the best the world has seen since Michael Jordan or Kobe Bryant.

Not bad for someone who’s only 25-years-old.

All in all, as long as Giannis is healthy and continues to play at his level, then the Bucks should have no worries about their foreseeable future.

The Celtics have always been a good team, so it’s hard to say they have a bright future when they’ve been consistently good, but they still look like a bright team.

They are led by yet another young star by the name of Jayson Tatum, who is only 22-years-old.

Tatum is having a career year, averaging nearly 24 points per game and seven rebounds per game, and made his very first All-Star Game this year.

It’s hard to think that making an All-Star Game will be Tatum’s greatest accolade of his career, since he’s still very young and went to one of the greatest basketball systems ever in the Celtics.

It was easy to tell there was promise when Tatum nearly led the Celtics to the NBA Finals in 2018 when their main stars, Kyrie Irving and Gordon Hayward, went down with injuries.

Leading a team to the brink of the Finals in your rookie year?

Throw in other young stars like Jaylen Brown, Tacko Fall, and Marcus Smart, and the Celtics look poised for even more championship contention in the years to come.

A line alot of people have heard from the Sixers for the past few years.

But when you make the playoffs every year since you said that, obviously some should take you seriously.

The Sixers were considered to be the laughingstock of the NBA for many years, but not anymore.

They are led by Joel Embiid and Ben Simmons, who have suffered major setbacks and injuries in the beginning of their careers, the main thing that was holding the Sixers back for so long.

Joel Embiid and Ben Simmons have battled injuries their whole career, but when these two players are at full capacity, this team is scary.

Embiid is only 25-years-old, and Simmons is only 23-years-old, meaning they have plenty of time to overcome their setbacks and turn the Sixers back into their championship caliber.

It’s been a while since the Mavericks felt hope in their basketball franchise.

The Mavericks haven’t had much to celebrate ever since the last few years of Dirk Nowitzki’s career leading into his retirement.

The team is led by two youngsters, Luka Doncic and Kristaps Porzingis.

Luka Doncic is only 21 years old, and he has already broken franchise records for the Mavericks in just his first two seasons.

Doncic seems to flirt with triple-doubles on the regular, something only a few other players can do, such as Oscar Robertson, Russell Westbrook, Ben Simmons etc.

Doncic seems to be leading the wave of young stars in not just the NBA, but sports in general, and it’s quite easy to see why.

Add in Kristaps, who is yet another young wonder, and the Mavericks look like they could be set up for greatness for many years.

The Grizzlies haven’t had much to smile about ever since they lost stars like Mike Conley and Zack Randolph.

That was until Ja Morant came along.

Before the suspension of the NBA season, Ja Morant looked like a lock for rookie of the year, and it was easy to see why.

At only 20-years-old, he has taken the league by storm, and despite only being a rookie, fans can tell that he is the unquestioned leader in Memphis.

Morant is currently averaging 17 points and seven assists a game.

Pretty impressive for your first year.

Morant is the franchise centerpiece for years to come, and shows great promise, but once the Grizzlies surround Morant with legitimate talent, then the Grizzlies could be on the rise as they hunt for their first-ever championship.

The Pelicans might be the youngest and most promising team of them all.

This team is led by Brandon Ingram, a 22-year-old forward who is currently having a career year, averaging 24 points a game.

If it wasn’t for being injured for most of the season, Zion Williamson would be considered the consensus rookie of the year, and it’s easy to see why.

The man has been on a tear ever since he’s stepped foot on the New Orleans basketball court.

Zion is averaging 23 points and almost seven rebounds a game.

Keep in mind Zion is only 19-years-old.

Players like Lonzo Ball and Jaxson Hayes add to the mix of young talent in New Orleans.

Lonzo is slowly improving and becoming one of the better point guards in the whole league.

Lonzo is averaging 12 points and seven assists per game, and is usually a lock for a double-double almost every game.

There’s no denying the chemistry that Zion and Lonzo have made this season, and if they continue to improve and work together, throwing in Brandon Ingram as well, and the Pelicans might be looking at the best big 3 since LeBron was on the Heat with D-Wade and Chris Bosh.