Southern Elementary Students stood at the end of neighborhoods and driveways with posters thanking teachers for putting together the teacher parade. Photograph by Mackenzie Womack (Mackenzie Womack)

Southern Elementary Students stood at the end of neighborhoods and driveways with posters thanking teachers for putting together the teacher parade. Photograph by Mackenzie Womack

All three elementary schools set out on a voyage to see their students on March 26.

The process for making the parade took around two days and was approved by the administration team before it was shared with the community.

The event ended up being more than ‘a chance to wave to the kids and put a smile on their faces.’ It gave the staff, students and community something to look forward to, something to smile about, made us all forget about the craziness and uncertainty of the world.”

“I saw [the idea] on Facebook and watched it over and over again. Not once was I able to watch it without tears flowing from my eyes. At first I wanted to do the event because I, along with many others, deeply missed our students,” said Fearon. “When we left school on March 13, no one knew that would be the last time we would be together. We didn’t get to say goodbye, we didn’t get one last high five, one last story about absolutely nothing, one last hug. It was a normal Thursday. As my kids left I said, ‘Have a great night, see you tomorrow!’ To sum it up, Lauren Womack, Heather Carrigan and I knew it NEEDED to be done to fill our hearts and the hearts of those in the SYCSD community.”

From all of the hard work, trial runs and countless hours of planning, the parade ended up being a success for the students, community members and faculty.

Third grade teacher Heather Carrigan reflects on the parade now that Pennsylvania schools are closed for the rest of the school year.

“I loved every minute of the event all along, but actually, I’ve thought a lot about this lately. Now that we’re closed for the rest of the year, I am even more proud that we did this. I have a lot of friends in a neighboring district, and their parade was shut down by their administration so they couldn’t do it. I’m so happy that our administration saw what a benefit this would be to the students, staff and community. We all needed it then, and now that we’re closed for the year, it makes that day SO much more important,” said Carrigan. “I also think it was so important for the families to see SO MANY of us in the teacher parade. I couldn’t believe that we had over 30 cars. If that doesn’t show our commitment to and love for our students, nothing will!”

Most faculty members of Southern Elementary participated in the parade to go see their students.

Southern Elementary’s school nurse Lauren Womack spoke on the importance of the parade.

“The teams worked really hard to create routes that allowed community members to maintain social distancing, while giving staff the opportunity to see as many students and their families as possible,” said Womack. “Keeping everyone safe was very important to everyone involved.”

Not only did the parade impact students, it also impacted other community members and teachers.

“The event ended up being more than ‘a chance to wave to the kids and put a smile on their faces.’ It gave the staff, students and community something to look forward to, something to smile about, made us all forget about the craziness and uncertainty of the world, it also gave a sense of closure,” said Fearon. “ I loved hearing ‘My kids used to go there’ or ‘I don’t have kids, but thank you.’ Watching several members of the community mood change from sad/lonely/scared to seeing them smile and wave, to see the fear or anxiety leave them, even for a moment was truly amazing. I am so thankful that our staff was able to do that for so many community members.”

Even though the parade took longer than expected, the teachers can say it was a day they will never forget, providing closure before the school year’s untimely end. 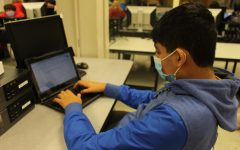 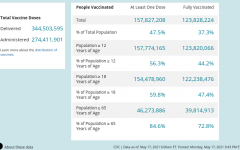 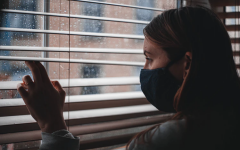 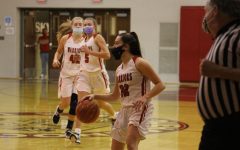 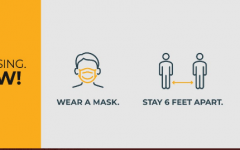