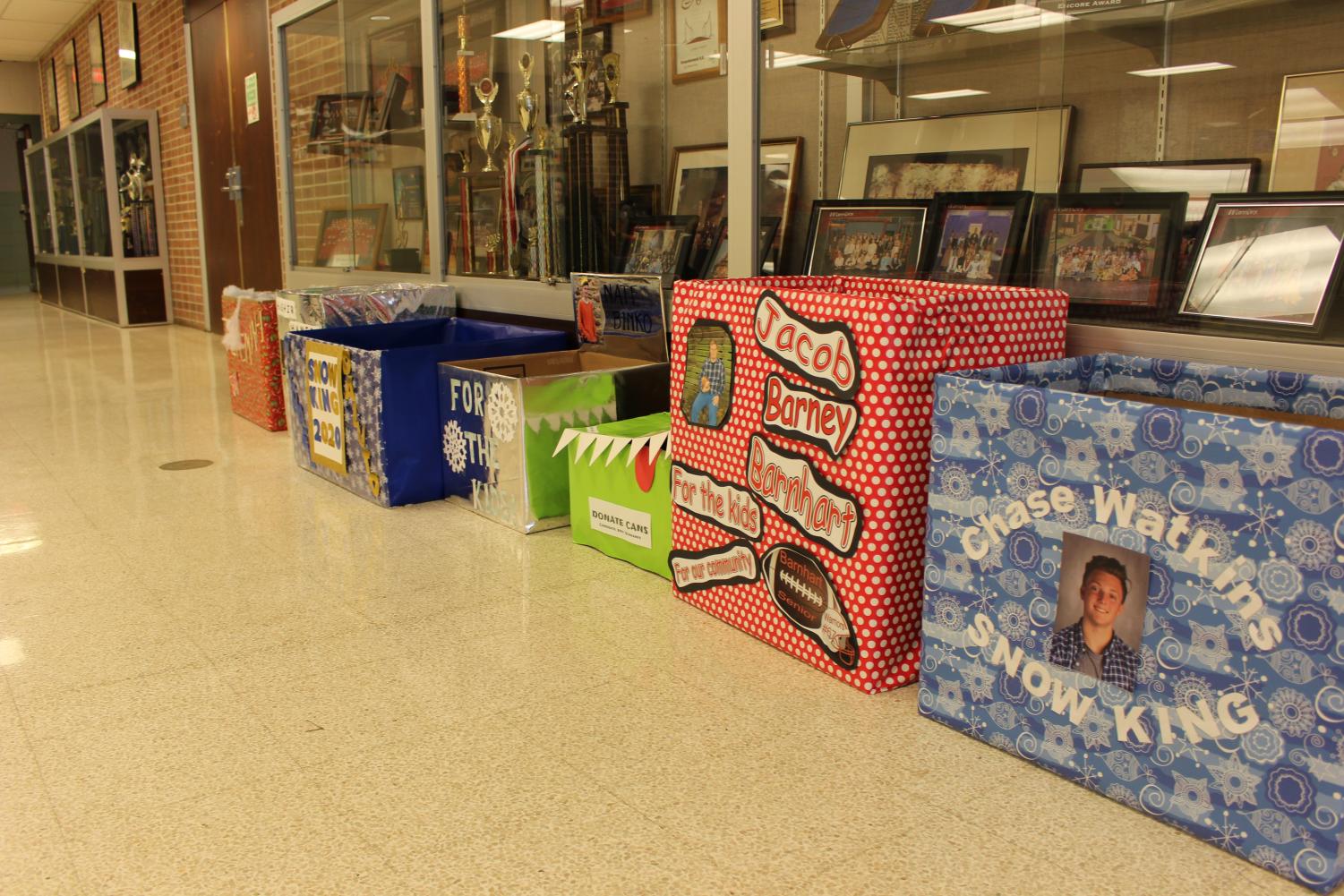 Snow Kings have decorated a box for students to donation canned goods and money. Photo by Mackenzie Womack.

Snow King elections are creating a storm of charity in the new year.

Mini-THON adviser and Spanish teacher Heather Walker plans out the schedule for the 2019-2020 Snow King elections. 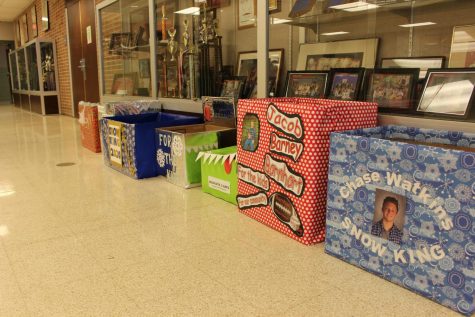 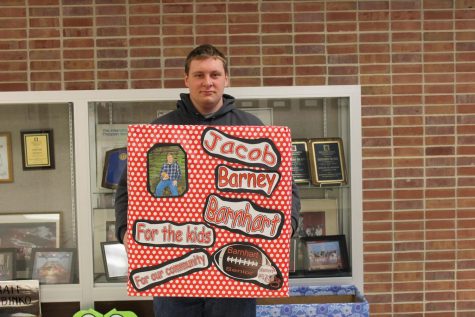 Senior candidate Gavin Held talked about why he signed up to be a part of Snow King.

“I signed up because Snow King directly benefits childhood cancer and gives back to the families in need of financial support,” said Held. “ I wanted to help give back and raise support for the less fortunate through [the] canned goods donations.” 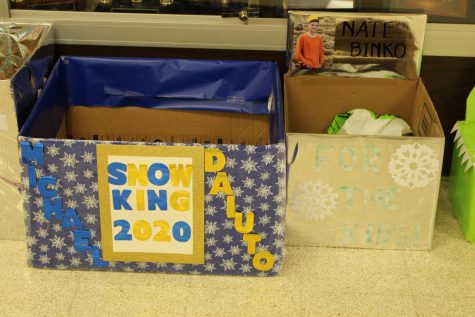 Each box has the candidate’s name to know who to donate to. Photograph by Mackenzie Womack

All of the canned donations go directly to the Mini-THON club to donate to local food banks.

“I’m a member of the Mini-THON club, and it all goes towards a good cause that has a great impact on families in need,” said McCredie. “[ I hope] to spread awareness for those in need and hopefully help by raising donations.”

To help raise money and make donations, each candidate will have a decorated box in the auditorium lobby.

Students can bring in canned goods and put them in one of the candidates boxes.

The collection of donations will begin on Monday, Jan. 13 and end on Thursday, Feb. 13.