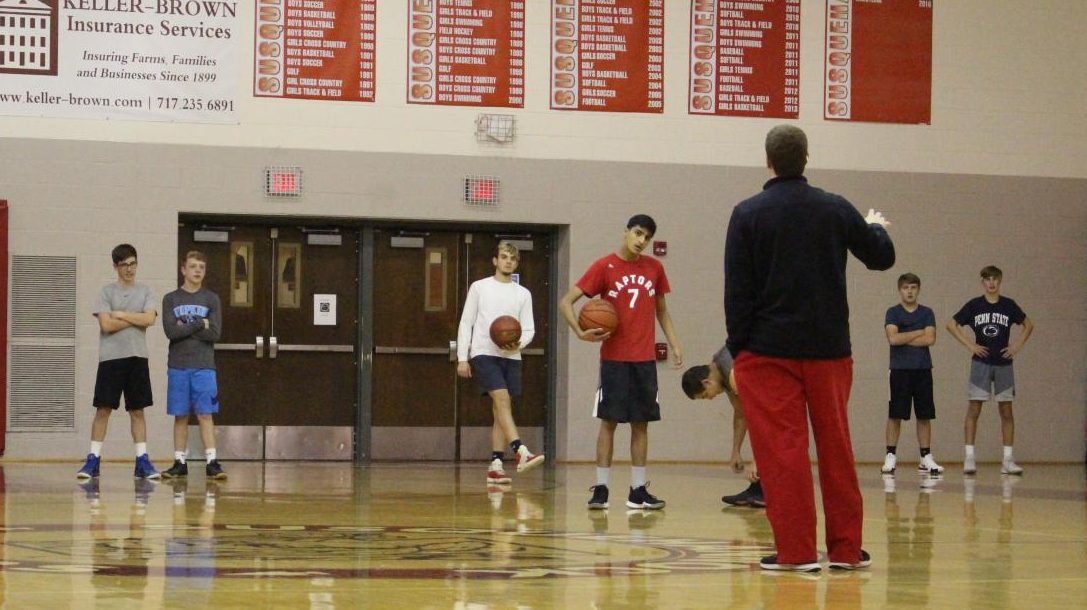 Boy Ballers Took on the Irish

This allowed the players from both teams be more aware of what the season may bring.

Senior shooting guard Jake Eden discussed how he can take the scrimmage and use that in a game situation when the regular season begins.

“We learned our weak spots from the scrimmage. We were only 3 days in, so this first quiz allowed us to see the areas we need to grow from,” said Eden. “I think we have some minor details to work out in order to prepare for the upcoming games. We have the base laid, now we just need to fine tune everything.”

Learning from the scrimmage allows the team to find their weak spots as well as their strong spots.

“I believe the season will go well. This year we have much better chemistry. I think it’s huge that with our team it’s bigger than basketball,” said Franklin. “That comradery we have off the court which will translate well on the court. Our guys are much more experienced from playing last year, it’s just about ironing out the kinks. We have embraced that underdog mentality, and we are excited for the season.”

Both key players discussed the importance of finding a balance point for the season to pass smoothly.

Head coach Andy Shelow has been coaching the boys team for the past two years.

From taking the first scrimmage and learning, the boys dominated Fleetwood in their second scrimmage  on Saturday, Nov. 30.

The Warriors will take on the South-West Mustangs on Friday Dec. 6 in a tip-off tournament beginning at 7 P.M at Susquehannock High School.