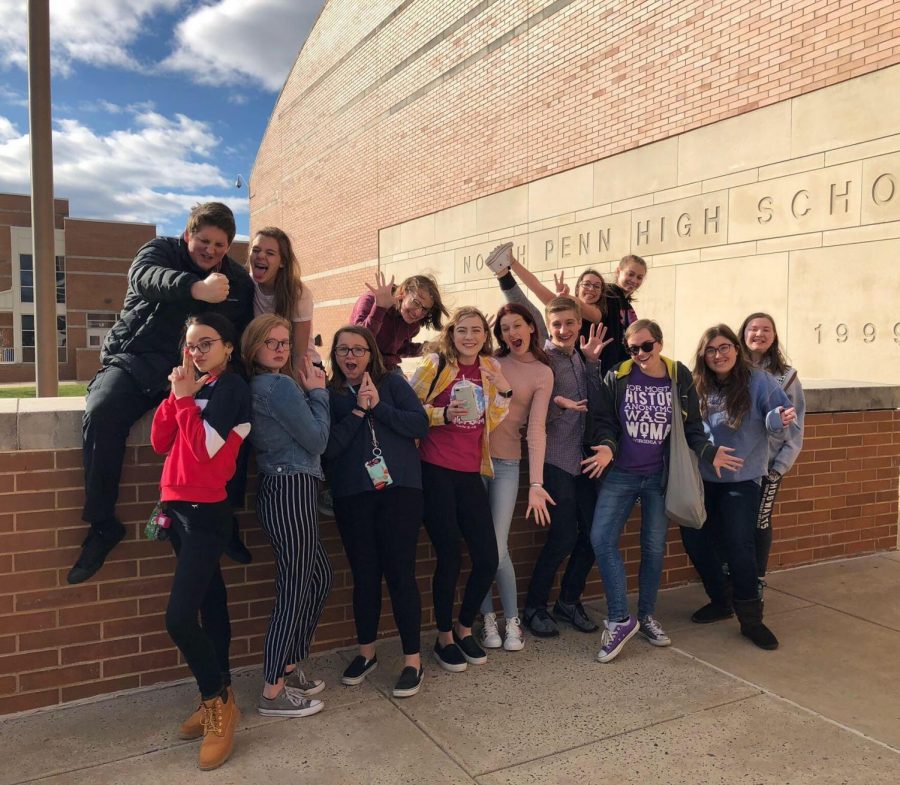 Students pose for a photo before entering the festival.

Thespian students arrived in Lansdale, Pennsylvania Thursday afternoon and departed Saturday night, spending most of the time at the festival.

While there, students got to participate in many different activities related to theatre.

Shows students got to watch included Kennard Dale’s “These Shining Lives,” Neshaminy’s “James and the Giant Peach,” and North Penn’s own version of “A Midsummer Night’s Dream.”

Senior Lily Stockbridge is inspired when watching other schools perform.

“Watching the other schools perform is always awesome because we get to see a bunch of people our age who are super talented put on their shows,” said Stockbridge. “Even though some of the shows themselves might be a bit boring, the talent is always captivating. Plus, many of us are friends with kids from other schools so when they perform, it is a great opportunity to support them.”

Students also got to participate in workshops, from learning how to analyze a script, to making costumes out of glue sticks, to learning dance numbers from Broadway shows.

“It was really interesting, because you’re so used to your school where everyone has different opinions, but you can bond with someone you don’t know,” said Adler. “I bonded with someone in my dance class because we loved the same show. It was weird because all of us kids today aren’t used to that.”

Several colleges were there for students to browse and connect with, along with scholarships students could go out for.

Adler was chosen to be a state thespian officer for the 2019-2020 school year.

Adler already has ideas about what next year’s festival will be like.

Wetzel appreciates being able to share her passion for theatre. 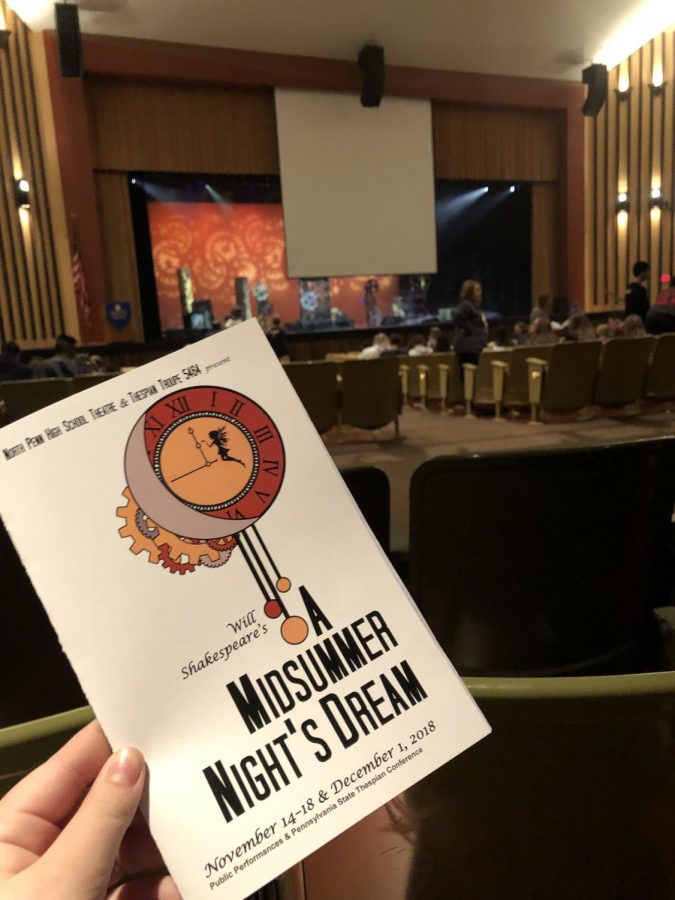 Gallery|9 Photos
Photo by Lauren Paules
North Penn was the last school to perform, putting their own steampunk rendition on the Shakespeare play "A Midsummer Night's Dream."
Leave a Comment 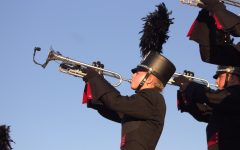