The field hockey team has once again remained undefeated in the division, a title Susquehannock took home last year.

Junior Amelia Eyster is happy to have had such success the past two years and recognizes that all their hard work has paid off.

“We’ve been doing pretty well overall. We’ve won all of our division games, but when we go to the very hard competitors… we work well as a team even though they might be better than us, we don’t let that get to us,” said Eyster, “We all work really hard to have a good season, and I guess being able to do it twice makes it seem less of a fluke and more of something we can really work towards.”

Junior Audra Thomas thinks they are even more motivated to win another title.

“We always put all of it out there, and the season’s been going well because we all have that determination and really put forth that effort,” said Thomas. “When we go far in the season, it just kind of makes us more hungry next year, when we go really far in the season and then it ends, next year you want to do even better.”

Since last year, the ladies have had to adjust to changing team dynamics, due to the loss of four graduates.

However, Thomas believes that the team has stepped up to the challenge.

“Last year we had some really good seniors… with those people leaving, a lot of people picked it up…,” said Thomas. “So we saw some new skills in people, and we actually also lost a goalie too, so we had to find a new goalie, and she managed to learn really fast, so it was cool to see how much people have picked it up and gained some new skills.”

“Losing the four [seniors] was a bit of a transition, but this year I have a few more younger players up on varsity. But it’s still a good team dynamic as it was last year,” said Kerr.

“I think we have a core group of seniors that’s doing a very good job being leaders on the team. They hustle, they work hard, and it’s just been an exciting year.”

Next, the team is set to play in counties, a tournament that they placed second in last year.

“So last year we got into the county championship but didn’t win it, and then to pursue possibly more games in districts. We’re getting into districts every year, we’re just not progressing as far,” said Kerr.

The team is scheduled to play in the county tournament starting on Saturday, October, 14. 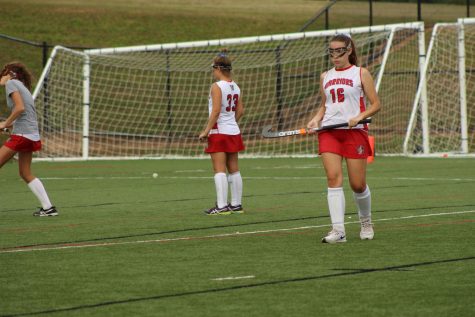 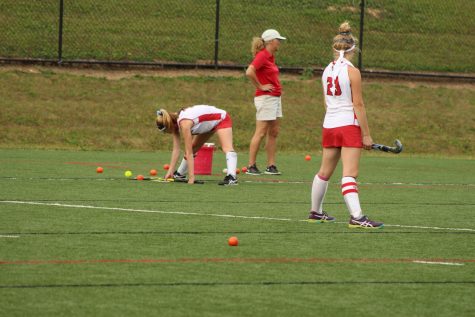 Elizabeth Beall
(From left to right) Seniors Ellie Lindauer and Julia McKenzie stretch before the game. 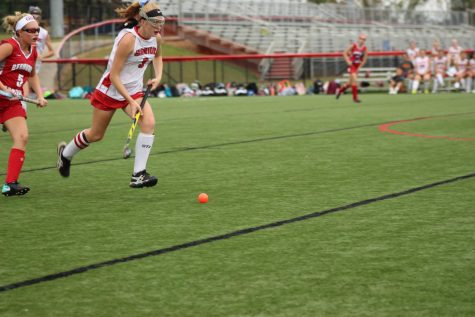 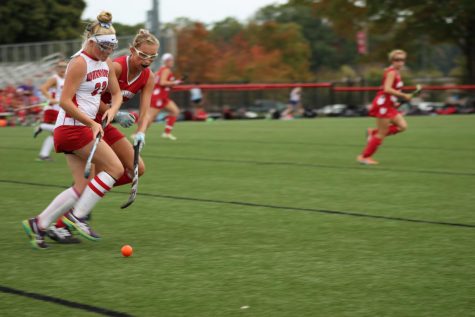 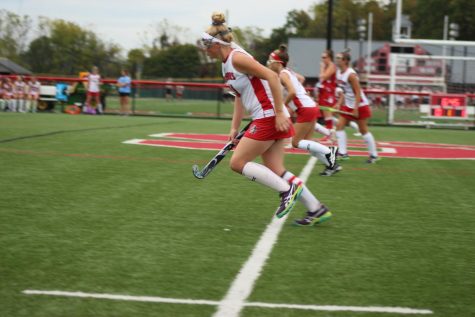 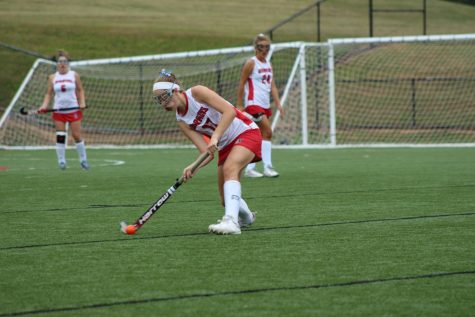 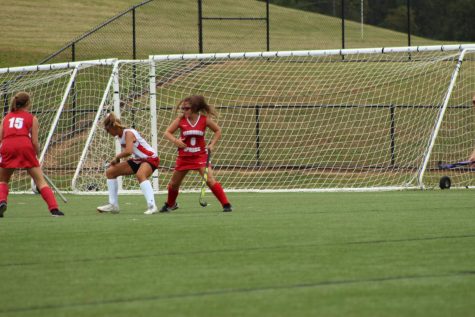 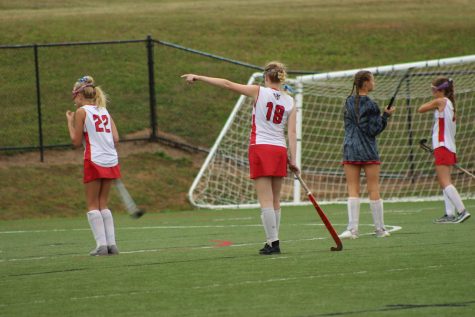 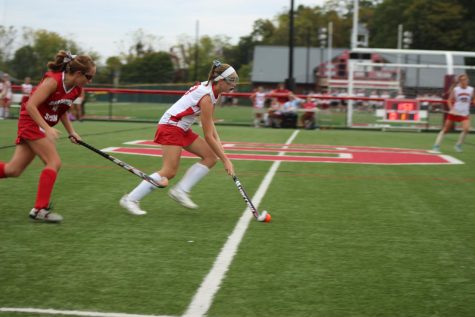 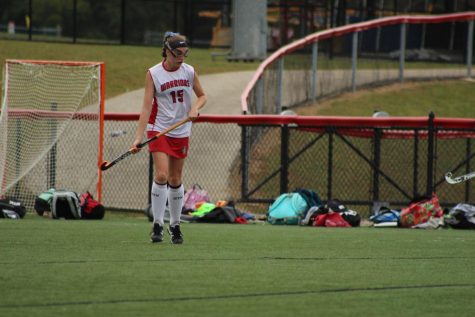 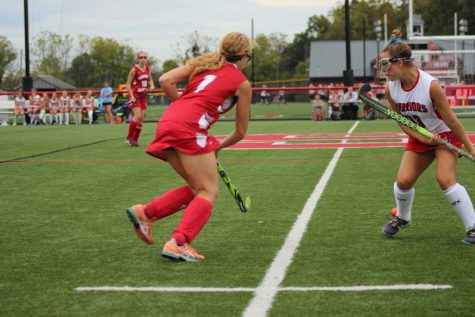 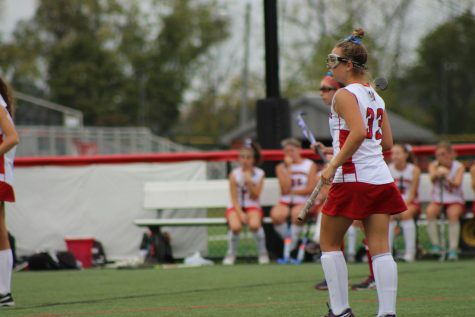 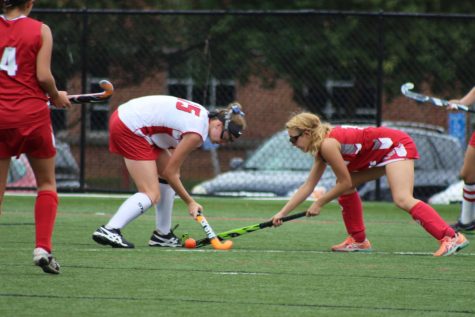 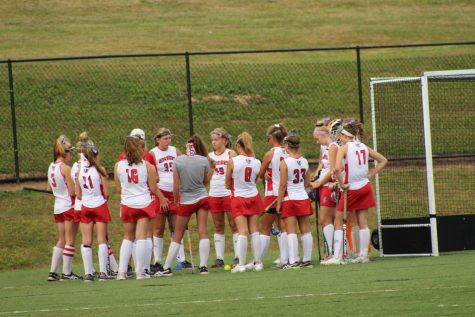 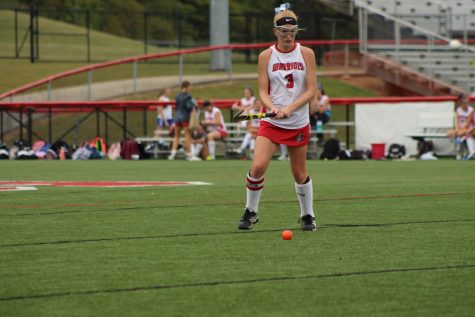 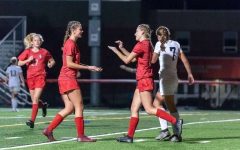 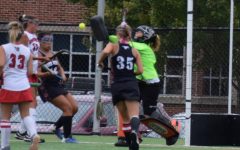 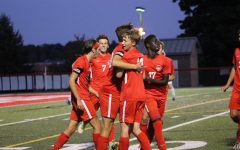 Boys Soccer Kicks It into States 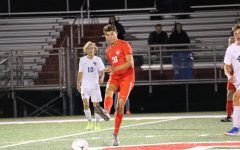 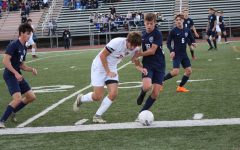