Theatre Cast Prepares for ‘The Matchmaker’

The Theatre Department is busy preparing their upcoming fall production, The Matchmaker.

Junior Daniel Poole was selected to play Horace Vandergelder, the lead role of The Matchmaker, and is very excited to portray him.

“My reaction to the cast list was pretty ridiculous,” said Poole. “It was me rolling around on the ground, and I was so happy to see everybody else getting the roles that they got.” 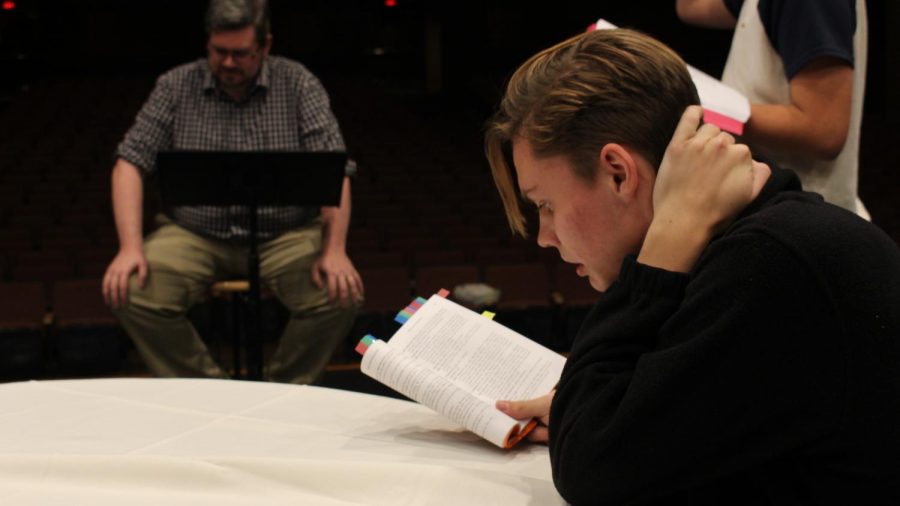 Chemistry plays a large role in whether or not a production looks genuine, and Daniel believes that it will not be an issue.

“The cast members as a whole are fantastic, and they all know how to get along and interact with each other,” said Poole.

Director William Jenkins says The Matchmaker is a great choice with a lot of comical opportunities within the play.

“The Matchmaker has a really great pedigree as far as choosing plays are concerned,” said Jenkins. “It was written by Thornton Wilder, one of America’s great playwrights, and it is the basis for the musical Hello, Dolly, which is experiencing a revival currently on Broadway. Aside from that, the show is fun and farcical, which creates a lot of opportunity for our actors to flex their comedy muscles.”

The Matchmaker is also a very unique play compared to a lot of other Broadway shows.

“The Matchmaker is unique in that its central theme is about enjoying life, whether it be taking that money you’ve been hoarding and using it to make others happy or having a one-day experience you’ll remember for a lifetime,” said Jenkins. “The show is meant to be a light entertainment with a very warm heart that hopefully makes you choose to leave the comfort of home and have a grand adventure like the characters have had.”

Senior Brendan Paules emphasizes the importance of the stage crew in preparation for the play.

Brendan Paules helps the stage crew and assists with the lighting, which now has over 16 million colors.

“The new lighting system will allow for an entirely new look for all of our shows,” said Paules.  The LED lights have never been used before and offer 16 million different colors, allowing for new moods and color palettes.

Time is always one of the biggest difficulties when it comes to setting up the stage.

“Time is definitely one of the biggest challenges for the stage crew,” said Paules. “Thankfully, The Matchmaker set is simple and will be easier to build in the short period of time. Adding details and set dressing will further enhance the scenery and take our set designs to the next level.”

The Matchmaker will run on November 17-19. 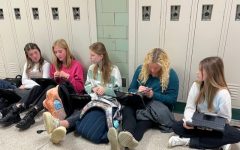 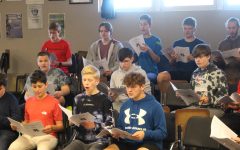 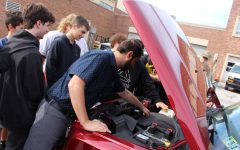 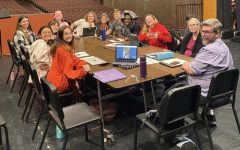 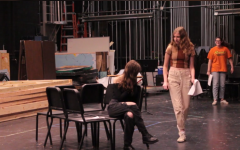