Boys and girls soccer have records to be proud of this season, and both are looking ahead to potentially become division champions and playing in districts. 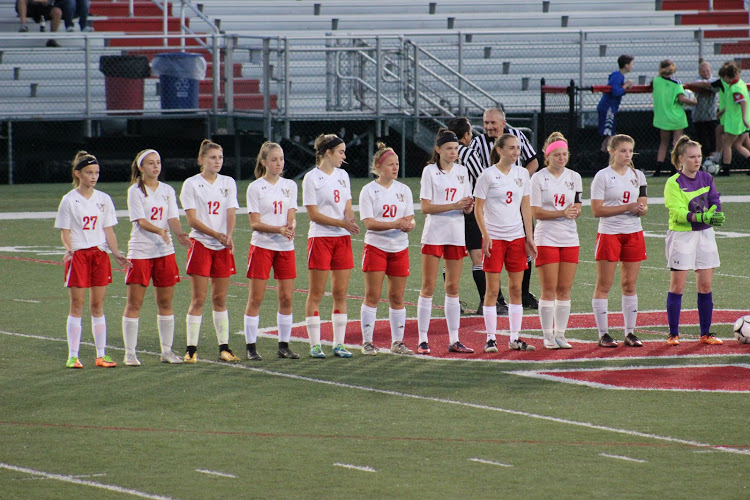 Gallery|3 Photos
The Warrior starters are called before the game. Photo by: Stephanie Graffin

Senior Taylor Tannura, one of the captains of the girls soccer team, talks about the  season so far.

“I think it is going pretty good. We are beating teams that we should be and we only have one loss of the season,” said Tannura. “It was against Gettysburg which is probably our most competitive team that we play.”

This year, the girls soccer team gained new players and lost many players to graduation, creating different challenges for the team. 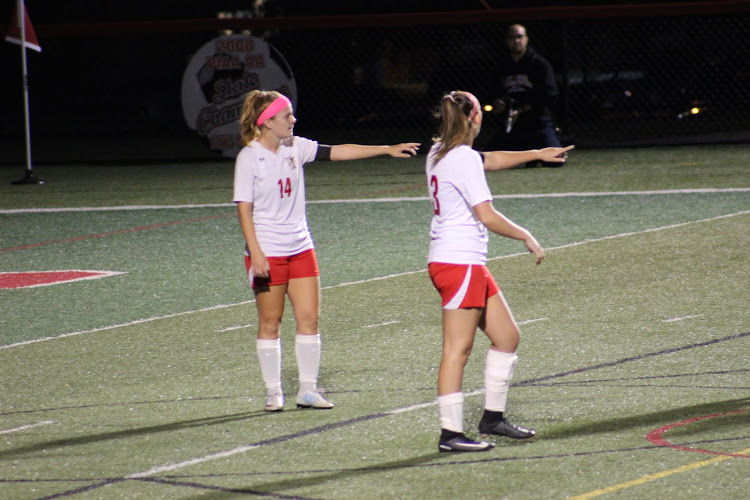 “We were getting a lot of fouls early in the year, like yellow cards… because we were not playing well together,” said Tannura. “We are doing better now. The players are doing well…”

New coach and physical education and math teacher Abigail Grove agrees with Tannura about the 2017 season.

“Since we had a lot of seniors graduate, we had to put people in positions they weren’t necessarily comfortable with,” said Grove. “So it took a few days for people to get in sync.”

Even with a few bumps in the road early in the season, it was proven that the girls soccer team has got it together.

On October 2 the girls won (1-0) against Gettysburg; Susky girls soccer had been unofficially declared division champs.

“It was a great comeback, because they won against us on our home turf just last week,” said Grove. “So we really needed to show them how we play our game.”

Not only is there success on the girls soccer team, but the boys have been declared unofficial division champs as well. 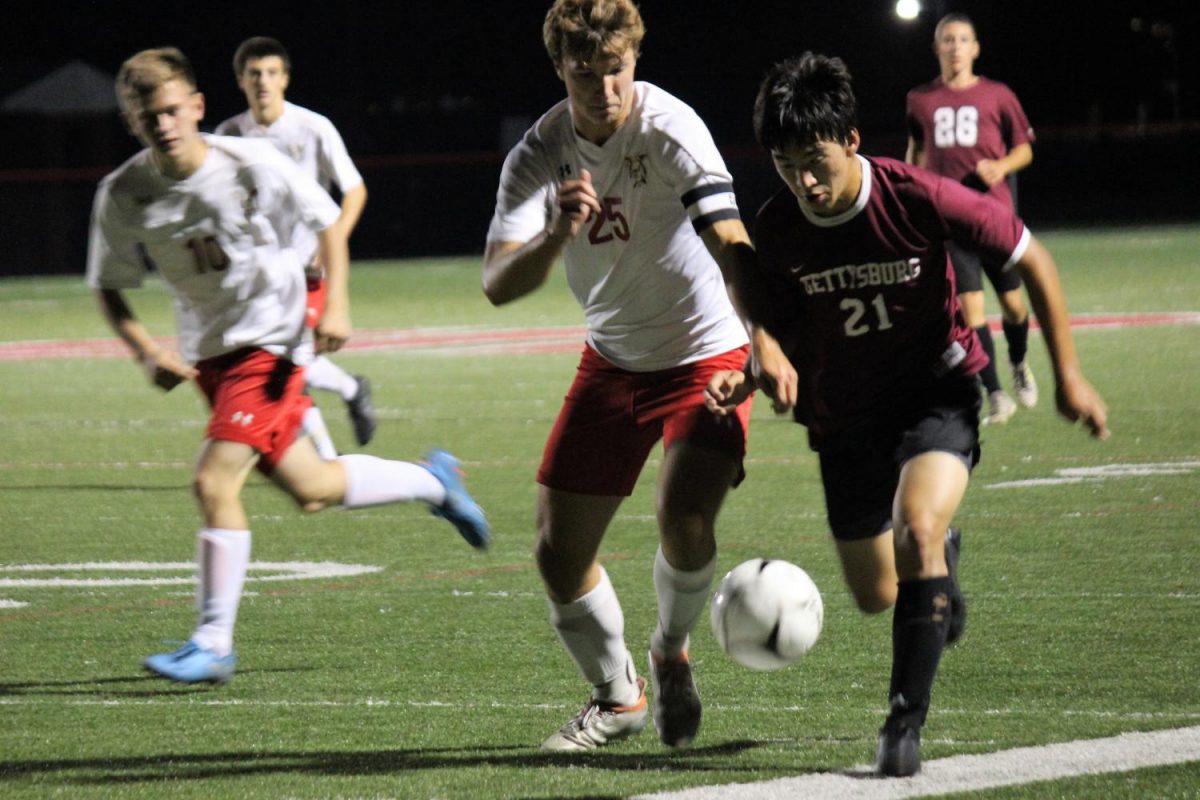 Gallery|3 Photos
Senior Adam Rebich fights for the ball in the first half. Photo by: Leah Miller

Brett Maxwell, health and physical education teacher and coach for the boys team, recalls the success of this past season.

“It’s been a great season- we are 13-1,” said Maxwell. “We lost a lot of quality players last year, so expectations from around the league I don’t think were very high, but our record has truly shown that we have quality players coming back.”

The key to being a great team is being able to work together well on and off the field, and Maxwell explains that the boys soccer team does just that.

“This is probably the best group I’ve had in terms of the way they train during practice, so they really work hard,” said Maxwell. “And off the field, they are the best of friends and just really get along well.”

Senior Adam Rebich feels this year’s season is one for the books. 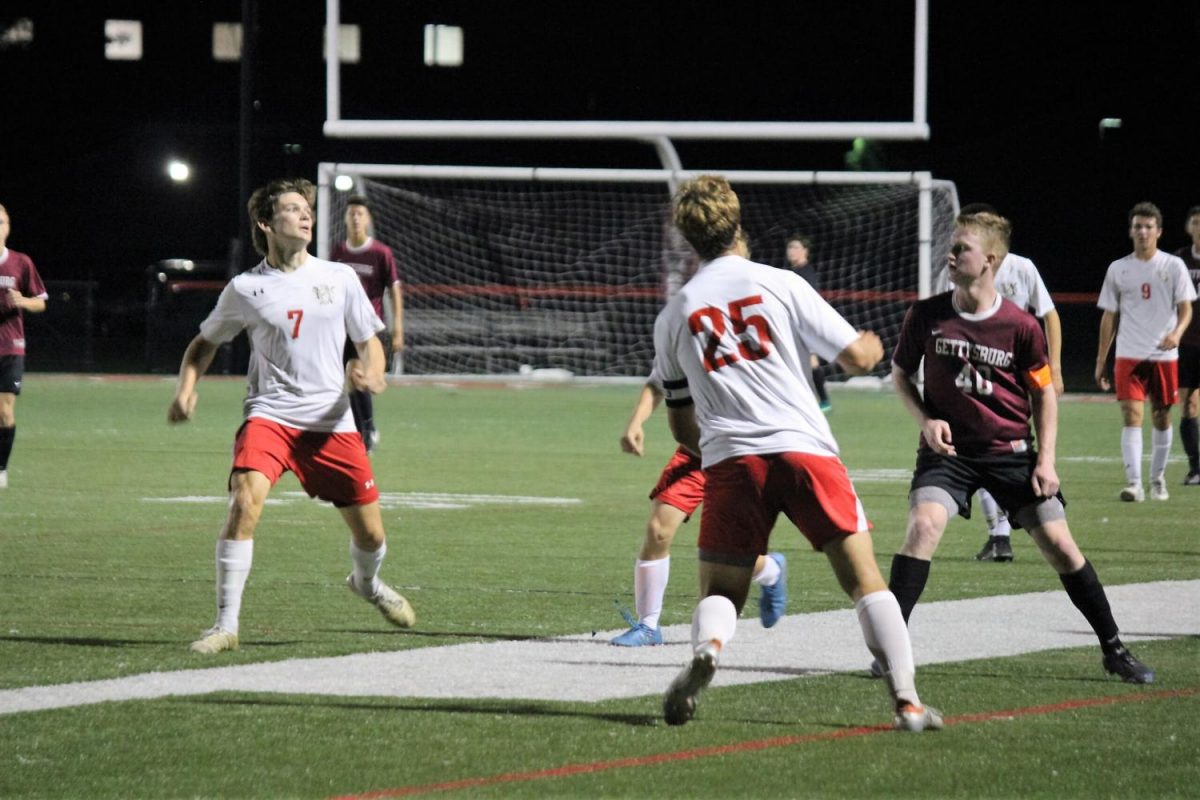 “The season this year is just really successful, we have learned a lot this season and really grew as a team,” said Rebich. “When you lose a big group of seniors, especially the ones who were really influential, there will always be an impact and you really get to see the leadership roles taken up by new people.”

Tannura and Rebich both agree that the teams have had great seasons.

“We have come a long way,” said Tannura. “Honestly working well together has gotten us this far.” 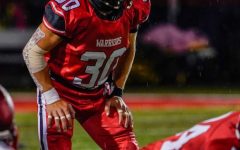