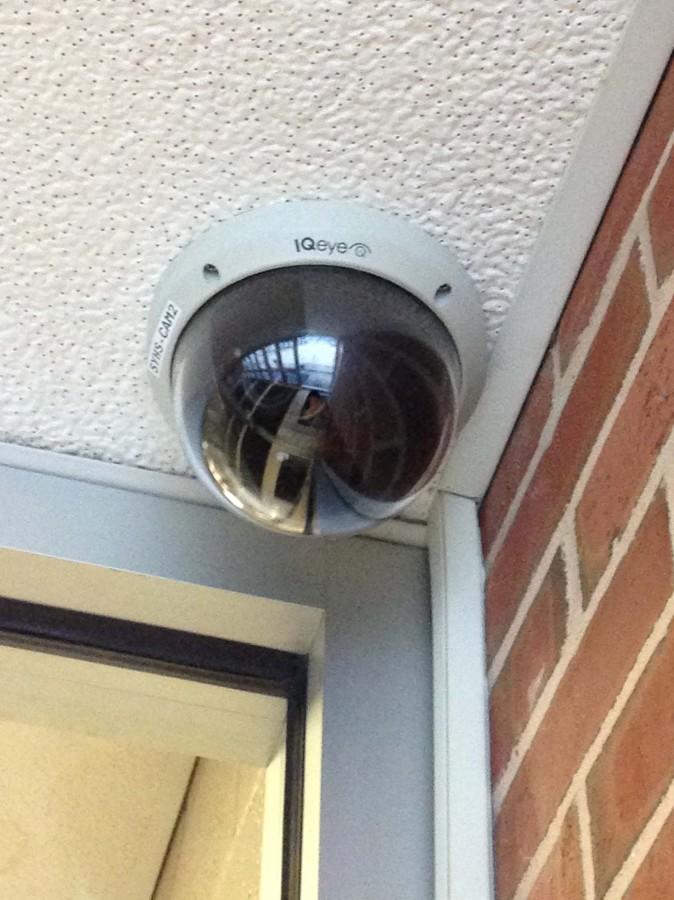 Administration recently installed cameras at the entrances of all buildings in an act to enhance security in the district.

The cameras will more efficiently keep track of everyone entering, leaving, and standing in the entrances with a wider range of vision that captures the whole entrance not just an individual’s face.  In the event of a suspicious incident, the administration and Southern Regional Police, when applicable, can easily access the tapes and audio recordings from the cameras.

Superintendent Dr. Sandra Lemmon orchestrated the implementation of the cameras and knows the increased security will be beneficial for students and staff.

“We just hope for more expanded safety for all of our buildings to make sure that we have … full visibility of … individuals who are actually trying to enter our buildings … [We would have] support from Southern Regional Police if we would have a particular incident,” said Lemmon.

The District-Wide Safety Committee was at the core of this project, as it has been and will continue to constantly search for new ways to improve the safety of all the buildings in the district.  Following the tragic events at Sandy Hook Elementary School in Newtown, Connecticut in December of 2012, administration put buzz-in systems into place and added cameras a year later; however, the recent addition of these more advanced cameras undoubtedly surpasses the past means of security.

Police officer Dio Mendez, who is actively involved with security around the high school, is looking forward to the positive impacts of the new cameras.

“[The biggest reason we put them in place is] for the safety of our kids and to identify and keep track of who’s coming in our buildings,” said Mendez.

Sophomore Alix Ullery is supportive of the new cameras since they produce hard evidence in the event of an incident.

“It is very beneficial because if something happens, you don’t have to go along with what somebody said,” said Ullery.  “It’s going to be recorded, so you will know what actually happened.”

Students should be aware that the cameras will be used solely for review of a suspicious matter.

Junior Maddie McGowan sees both the possible drawbacks and benefits of the new cameras but believes students should not feel intimidated.

“I feel like a lot of kids are going to take it as an invasion of privacy, but it shouldn’t be,” said McGowan.  “It should be for safety.”

Lemmon puts great emphasis on the importance of security and prioritizes it as she looks to make changes in the district.

“We know that for anything we put in place, there’s not a guarantee for one hundred percent safety,” said Lemmon.  “But we can use the resources and the [audit recommendations] … to ensure that we are looking at promoting the [safest] environment that we can.”