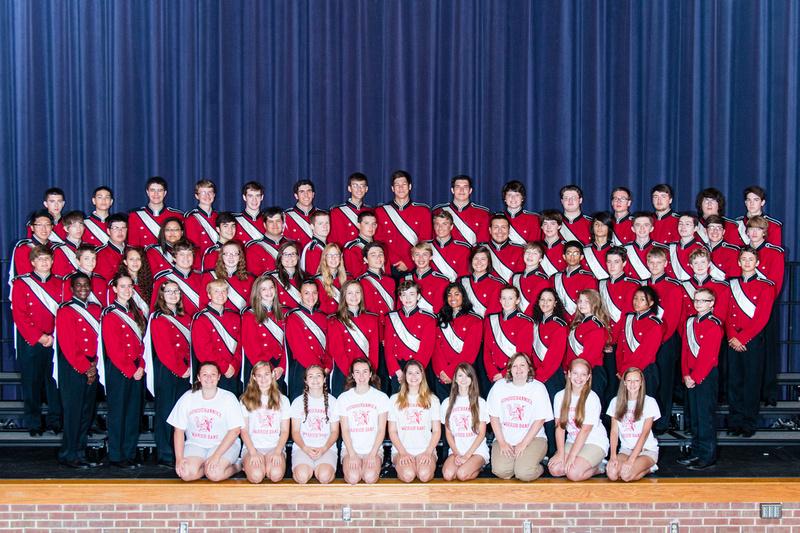 Taking its competition by storm, the high school marching band has placed first in its three competitions so far this season in the York Fair, against Connestoga Valley, and against Cumberland Valley.

The band is well on its way to completing a third undefeated season with stellar performances thus far. Yet another reflection of the band’s success is the fact that it achieved a score of 87.700, the highest score in the Liberty Division of Cavalcade of Bands, in the competition against Cumberland Valley, according to band director and music teacher Chris Poole.

Poole has been extremely pleased with the marching band’s overall work ethic and its ability to bring everything together in the performances.

“They’ve been doing really well,” said Poole. “They now have the entire show learned.  Up until now it’s been trying to put all the pieces together to complete our show.”

Freshman Elizabeth Beall, who has been playing the clarinet for six years, has thoroughly enjoyed her experience in the marching band so far this year.  Having found a group of people she is excited to work alongside, Beall is very content with her decision to join the marching band.

“It has girls and guys instead of a lot of sports that would just have girls [and guys on separate teams], “ said Beall. “You have your own social group.”

Junior Taylor Reed who has been playing the tenor saxophone for four years, enjoys the camaraderie in the marching band and is looking forward to the rest of the competitions.

“[The fellowship within the band] is taking us as far as we can,” said Reed. “It’ll be a tight competition with other bands, but I think we will be very successful.”

Several students in the marching band are also pleased with the unity of the group and view this as a root of the band’s success.

Senior Anthony Stem has been playing the mellophone for four years and saw the marching band as a great help in transitioning from middle school to high school during his first years.  Specifically this season, Stem has seen his peers working hard and is excited for the competition to come.

“I think we’re going to keep improving our score and cleaning our show,” said Stem. “Ultimately, I think our hard work is going to be reflected well at championships.”

The marching band’s upcoming performance is on Saturday, October 18 at Unionville High School.  Its shows at Southwestern on October 25 and at Red Lion on November 1 will follow.  For more updates and information regarding the marching band, visit the official website for Warrior Bands.