2023 is off to a chaotic beginning with five events that recently gathered nation-wide attention.

The second day of the new year, Bills safety Damar Hamlin made a tackle in a game against the Cincinnati Bengals on Jan 2. Hamlin went into cardiac arrest with about six minutes left in the first quarter, receiving CPR on the field before being rushed off the field in an ambulance. The game was postponed and then later canceled by the NFL. According to CNN and multiple other news sources, Hamlin’s charity has received large sums of money after his hospitalization, with his toy drive receiving over $4 million from fans soon after, then topping $7 million in recent reports. Hamlin is said to be recovering well after being in critical condition for some time.

Bryan Kohberger, suspect in the murder of four students in Moscow, Idaho, has been arrested after a few days of police surveillance this past Friday. DNA results from the house in which the murders occurred matched with Kohbberger’s. Police were able to track down Kohberger as a suspect because a family member put DNA results into a family genealogy site after a six-week investigation. Kohberger is described as quiet, intelligent and slightly strange, and police have made no comment on a possible motive for the crime, according to CNN.

Most prominently among new laws created at the start of 2023, California, Oregon, Ohio, and Pennsylvania stand out. California strangely decriminalized jaywalking on the state level. Joining various other states, Ohio legalized sports betting, which has become popular on internet sites such as Fanduel Sportsbook for sports such as football. Pennsylvania altered a blade possession law, changing rules on switchblades knives. The American Knife and Tool Institute states that the original law was implemented in 1956, making it quite antiquated. The commerce, possession, and carrying of automatic knives is now legal in PA. And, quite interestingly, the state of Oregon made adult use of “magic mushrooms’’, a psychedelic substance, legal.

The last time the house of representatives failed to elect a speaker of the house on the first ballot was 100 years ago in 1923. History repeated itself this past week with discourse among republicans in the house.
Former house minority leader, Kevin McCarthy, was finally officially elected as speaker of the house on Jan. 7, 2023 . After days of painstakingly slow infighting in the republican party, a process including 20 members nominating various different candidates to protest McCarthy’s large republican support, enough members finally capitulated to the new speaker’s incoming leadership.

The new leader delivered a speech after his recent victory, covered by media including Fox News. “I will never give up for you, the American people. And I will never give up on keeping our commitment to America,” said McCarthy,“Our nation is worth fighting for.”

A violent beginning to 2023 covers international headlines regarding Russia. 63 Russian soldiers were reported as casualties on New Year’s day as a result of a Ukrainian rocket strike. As it is globally known, this was not an unprovoked attack: the Russia-Ukraine war, which began on Feb. 24, 2022, has caused tensions across nations involved in NATO. The recent attack, however, is one of the deadliest attacks to occur in the conflict thus far. Ukraine fired six rockets at a Russian facility in the Donetsk region where troops were stationed at the time. The location of the Russian forces is said to have been revealed by cell phone use of the troops, and Daniil Bezsonov, a Russian official, ordered the punishment of commanders responsible for the station. Unfortunately, the Russia-Ukraine conflict still violently continues, and a clear resolution is not in sight. 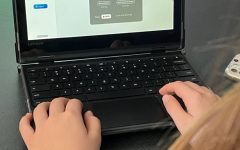 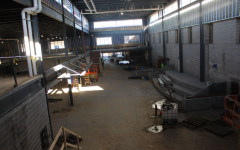 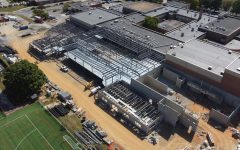 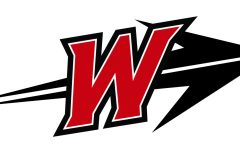 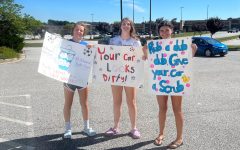