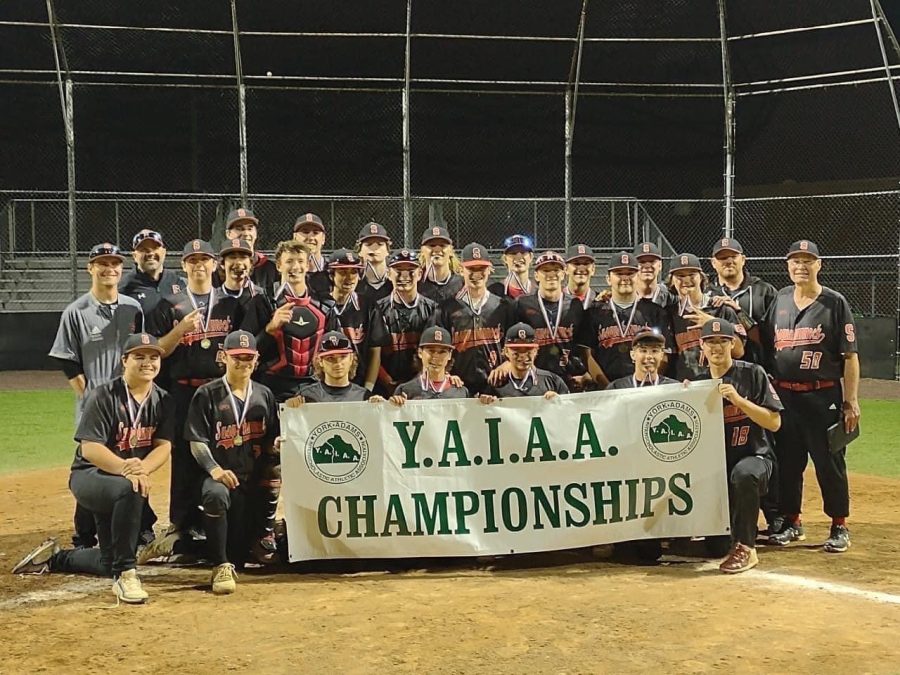 The Warrior Baseball team competed in the YAIAA Tournament at Red Lion High School on May 16.

The Warriors outplayed Dallastown in dramatic fashion, scoring in the bottom of the 7th inning to win 4-3, and then defeated Delone in the finals to become the YAIAA Tournament Champions for the first time in school history.

Junior Luke Geiple, who leads the team in homeruns, is proud of his team’s hard work.

Nerves were high the day of the county championship.

But having the confidence to succeed was a big part of winning.

They are both starting pitchers and both have pitched a lot of important innings.

Geiple speaks on the effect of the team’s pitchers on the field in game situations.

“They have gotten us out of a lot of difficult situations,” Geiple said. “Our offense builds off of our pitchers’ success so without them, I do not believe we would be as successful.”

The Varsity record in the regular season was 16-4.