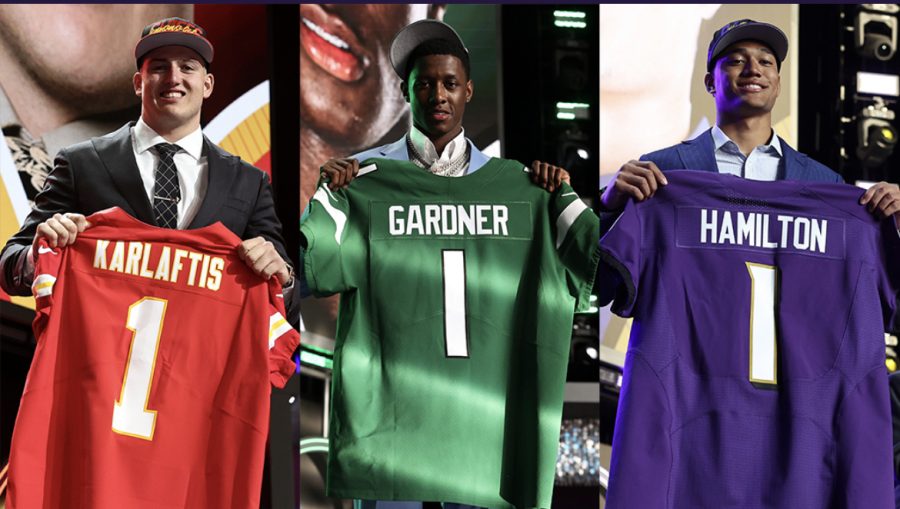 NFL fans are very excited to kick off the 2022 season with the NFL draft placing top college performers on top NFL teams’ rosters.

The draft started on April 28 and ended on April 30, and many teams had great selections.
These selected college players are key to rebuilding the teams that they join, so usually NFL teams choose the best of the best for the positions that they need.

The first pick in the draft went to the Jacksonville Jaguars who selected outside linebacker Travon Walker who attended the University of Georgia.

The second pick in the draft went to the Detroit Lions, and they picked Aiden Hutchinson, a defensive end out of Michigan.

The Houston Texans also had an early pick and went with Dereck Stingly Jr., a cornerback from Louisiana State University.

Cornerback Sauce Gardner out of the University of Cincinnati was picked up early in the draft by the New York Jets.

These four teams picked the best of the best when it comes to college football, and these players will now be playing for some of the top NFL teams.

Joseph Sorice is the high school head football coach and is very knowledgeable about the top players in the draft.

“The more and more I am reading, the more I am liking that Aiden Hutchinson kid,” Sorice said.

Not only is Sorice interested in the draft, so is freshman Grayson Copenhaver who is an NFL enthusiast and loves watching the draft and his favorite team play.

According to Copenhaver, he believes the Ravens will select a defensive tackle before adding anyone else to the squad.

However, the Ravens picked safety Kyle Hamilton out of the University of Notre Dame, making everyone’s predictions wrong for the Ravens.

Brayden Krebs is also very interested in the sport and is excited to watch his favorite NFL team.

“My favorite NFL team is the Ravens because I have liked them my whole life,” Krebs said.