Pumpkin Spice: Is it Overrated? 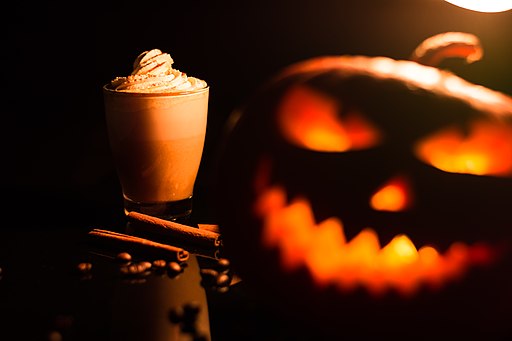 It’s time to discuss one of the most controversial topics of the season: pumpkin spice- is it overrated?

Every year, the same fall flavor comes out in every form you can possibly think of.

Starting off with the classic, the  pumpkin spice latte is known by everyone as the signature Halloween drink. One of the most commonly associated businesses with this fall beverage is Starbucks.

Starbucks came out with the drink in 2003, having the coffee, steamed milk and espresso all topped with whipped cream and a pumpkin-flavored spice.

Some people this time of year make it a daily routine to purchase a pumpkin spice latte every morning before work or school, but if you ask me, that’s a little excessive.

I do not hate pumpkin spice at all; however, I think it is one of those things that you can try once or twice when the season starts just to get into the fall spirit and then never really need to have it again until next season.

The pumpkin spice flavor is not that great in general, which makes it really difficult to make a good food item based on an already poor flavor.

Anything beyond the traditional pumpkin spice latte and pumpkin pie is just trying too hard.

That being said, I will say that pumpkin spice scented items are definitely more acceptable.

The problem with most pumpkin spice flavored foods is that the flavor gets lost in whatever the food item is.

Pumpkin spice-scented things can’t really lose the scent to anything.

You light a pumpkin spice fall candle, and, instantly, your home feels a bit more fall-y.

I’m not sure if it’s the overwhelming smell of pumpkins and other fall assortments, the warmth from the candle or if it’s the beautiful orangish-yellow glow illuminating the area around it, but it just makes the environment feel more like autumn.

I held a poll on Instagram asking how people felt about the topic; I received 35 responses.

This came as a surprise to me because most of the people I talked to in person said that they were either pretty indifferent about pumpkin spice, or they did not really care for it.

One of the responders said that they felt fall apple flavors are a better fall flavor than pumpkin spice.

They explained that foods such as apple pie, apple cider and caramel apples were the better fall flavor.

I can appreciate this statement as fall apple flavors are really good, but can they beat the pumpkin spice flavor?

I held a separate poll for this question as well.

This poll, along with the last one, ran for 24 hours and this poll had 42 voters.

This question had me curious, even though pumpkin spice won in the first poll, I wanted to see where it held up against apple flavors. 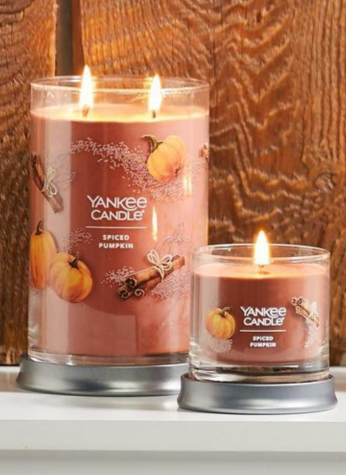 In a poll where the options were “Apple Cider and Apple Pie,” versus “Pumpkin Spice and Pumpkin Pie,” the apple cider and pie choice won with a total of 67 percent of those who voted.

So at the end of the day, apple flavors most certainly won over pumpkin spice flavors when given the choice.

This can help contribute to the answer to the question, “Is pumpkin spice overrated?”

With the information gathered from the polls and other people who were asked in person, the answer appears to be yes.

Both polls hit the same people, and while they said that they liked pumpkin spice in general, when given the option of the better fall flavor, most of the voters chose apple flavors.

The majority of people agree that pumpkin spice is good, but not an everyday desire.