A preview on some of the preseason games and predictions for the playoffs this year based on the rosters and stats so far. 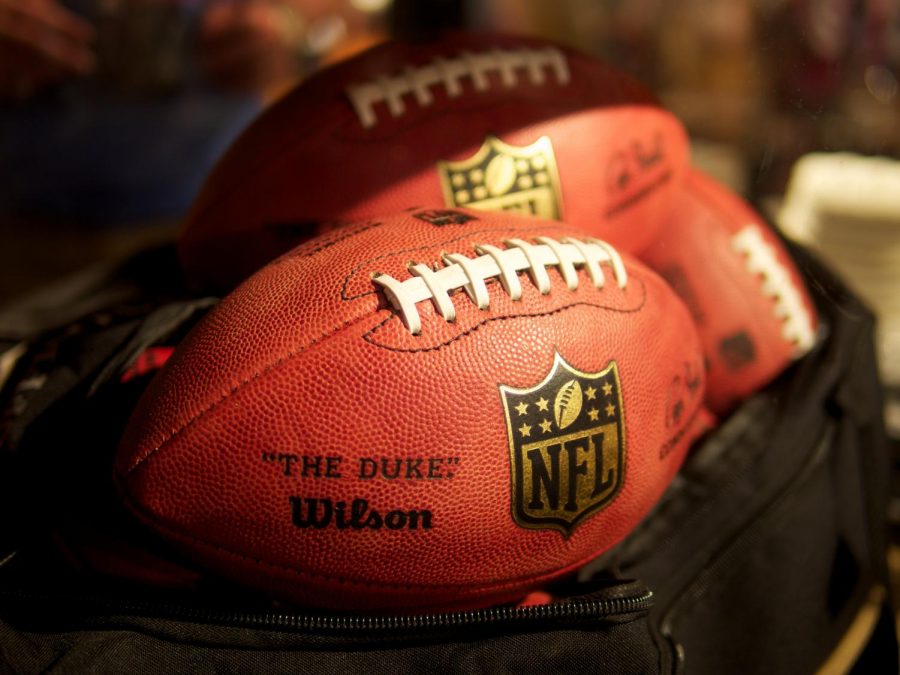 Teams battle for the chance to acquire the Lombardi trophy. Photography by Austin Kirk [CC BY 2.0 (https://creativecommons.org/licenses/by/2.0)], via Wikimedia Commons

The NFL preseason has begun, which means teams and fans are getting ready for the real season.

During week 2 of the preseason when the games took place, many teams faced off, including last year’s playoff teams.

Take a look at the preseason game results, as well as the most impressive player stat from each team.

The Baltimore Ravens came out on top over the New Orleans Saints with a score of 17-14. Quarterback Tyler Huntley had a 12/16 pass/completion ratio with 79 yards.
The Tennessee Titans crushed the Falcons 23-3, a very strong performance from the team all-around. Wide receiver Mason Kinsey had 51 yards and only 4 receptions with an average of 12.8 yards-per-catch.
The Cleveland Browns beat the Jaguars 23-13. The Browns came out on top with linebacker Jeremiah Owusu-Koramoah achieving 7 tackles, 1 assist, and a 1.00 sack.
The Pittsburgh Steelers rose above the Philadelphia Eagles with an end result of 24-16. Running back Tony Brooks-James had 9 carries and 51 yards during the game which comes to an average of 5.7 yards-per-carry.
The Indianapolis Colts nearly escaped the Carolina Panthers 21-18, losing the match by merely 3 points. Wide receiver Terrace Marshall Jr. had 3 receptions and 88 yards with a 29.3 yards-per-catch.
The Buffalo Bills overcame the Detroit Lions 16-15 with quarterback Davis Webb passing for 90 yards with an 11/16 ratio, scoring a touchdown to make for exceptional performance.
The Kansas City Chiefs beat the San Francisco 49ers 19-16. The Chiefs’ Defensive End Tim Ward had 4 tackles and 1 assist with 2.00 sacks.

Predictions for the AFC Playoff teams: the Baltimore Ravens, the Buffalo Bills, the Tennessee Titans, the Pittsburgh Steelers, the Cleveland Browns, the Seattle Seahawks, the Las Angeles Raiders and the Kansas City Chiefs.

The Tampa Bay Buccaneers lost 19-16 against the Cincinnati Bengals with tight end Tanner Hudson having 5 catches and 50 yards, averaging 5.00 yards-per-catch.
The Washington Football Team was defeated by the New England Patriots 22-13. Running back Jaret Patterson rushed for 40 yards and had 10 carries with an average of 4.00 yards per carrying.
The Los Angeles Rams lost 13-6 against the Los Angeles Chargers with cornerback Brontae Harris getting 5 tackles and 2 assists.
The Seattle Seahawks were crushed 20-7 against the Los Vegas Raiders with backup quarterback Alex McGough having a 6/10 completion rate with 54 yards and a touchdown.
The Chicago Bears won against the Miami Dolphins 20-13. Quarterback rookie from Ohio State Justin Fields achieved 142 yards and a 14/20 completion rate, additionally scoring a touchdown.
The New Orleans Saints were overcome by the Baltimore Ravens 17-14. Running back Tony Jones Jr. rushed 82 yards with 7 carries, averaging 11.7 yards-per-carry.
The Green Bay Packers were destroyed in a match against the Houston Texans 26-7. Wide receiver Devin Funchess had 6 catches and 70 yards with an 11.7 yard-average-per-catch.

Predictions for the NFC playoffs:  The New Orleans Saints, the Tampa Bay Buccaneers, the Green Bay Packers,  the Seattle Seahawks, the San Francisco 49ers, the Arizona Cardinals and the Indianapolis Colts have the best rosters all around compared to the other teams.

Most of the other teams are working on building a roster like the Chicago Bears, who just hired Justin Fields who has completed 30/49 with 61.2% 276 passing yards with an average of 9.2 yards per catch.

The teams who will make it to the Super Bowl IVI are the Baltimore Ravens and the Tampa Bay Buccaneers.

Also on the defensive side are cornerback Marlon Humphrey, linebacker Pernell McPhee, and tackle Ronnie Stanley.

Of course, the Tampa Bay Buccaneers have quarterback Tom Brady, who has always been a threat, as well as wide receiver Mike Evans and wide receiver Antonio Brown.

On the Tampa Bay Buccaneers defensive side, they have linebackers Devin White, Tackle Vita Vea and Ndamukong Suh.