The Theatre and how they over came COVID-19 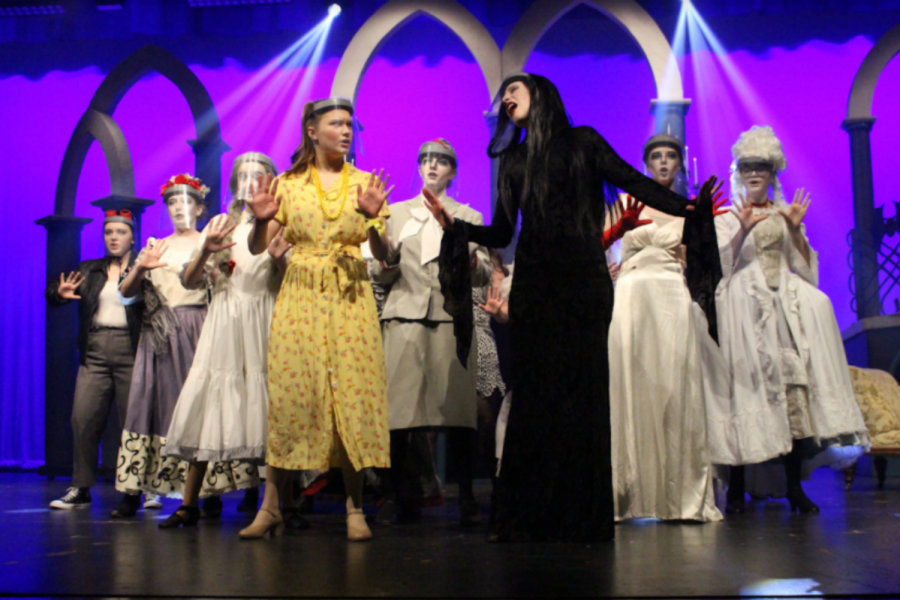 Morticia Addams, portrayed by Greta Hartman, Alice Beinek, portrayed by Juliana Quintillian, and the female ancestors dance together in “Secrets”. A cast favorite, this number features a creative, conversation-like song and dance that keeps the audience engaged and interested in the show. “I am constantly in awe of the talent and creativity of the production team, and that is the reason why I plead with them to come back year after year,” said Jenkins. “They are so great at taking my outlandish ideas and making them concrete -- and in many ways making them better than I ever imagined.” Photograph by Grace Hartenstein

The cast and crew of ‘The Addams Family” faced many different challenges, overcoming each one with its three productions.

The musical was shown in person and over broadcast through the weekend of April 30 to May 2. The cast and crew both agreed that the musical went a lot better than expected while facing the challenges of COVID.

Senior Owen Mechling, who played Gomez within the Addams cast, admits that there were still various benefits to being a part of a theatre, even in a COVID-oriented environment. “I felt like the acting was still there even though we had masks on,”said Mechling.

The read-thrus and run-thrus all were done the same way, but they would wear masks and shields to protect themselves. Rehearsals were not shortened; they were still 2 to 3 hours.

“I still had a ton of fun just like I would in a normal year,” said Mechling. With the smaller cast, we were able to get more done and focus more on what we needed to improve on.”

Sophomore Broadcast Director Ian Davis believes that there were both advantages and disadvantages to broadcasting.

“The broadcasts went very well, and there were a lot of people viewing them, but we had some struggles with lost profits because families would watch the broadcast as a group while only one person was required to pay to watch the show,” said Davis. “Sales were down because we could not have full capacity in the auditorium.”

The auditorium could only have 100 occupants watching the show. For the broadcasts, they averaged 40 to 50 viewers, and for in person, the audience averaged 50 to 60, according to Davis.

The cast and crew invited the cast families to watch the show in person. After approval from the school, they were allowed to have more people in the auditorium. 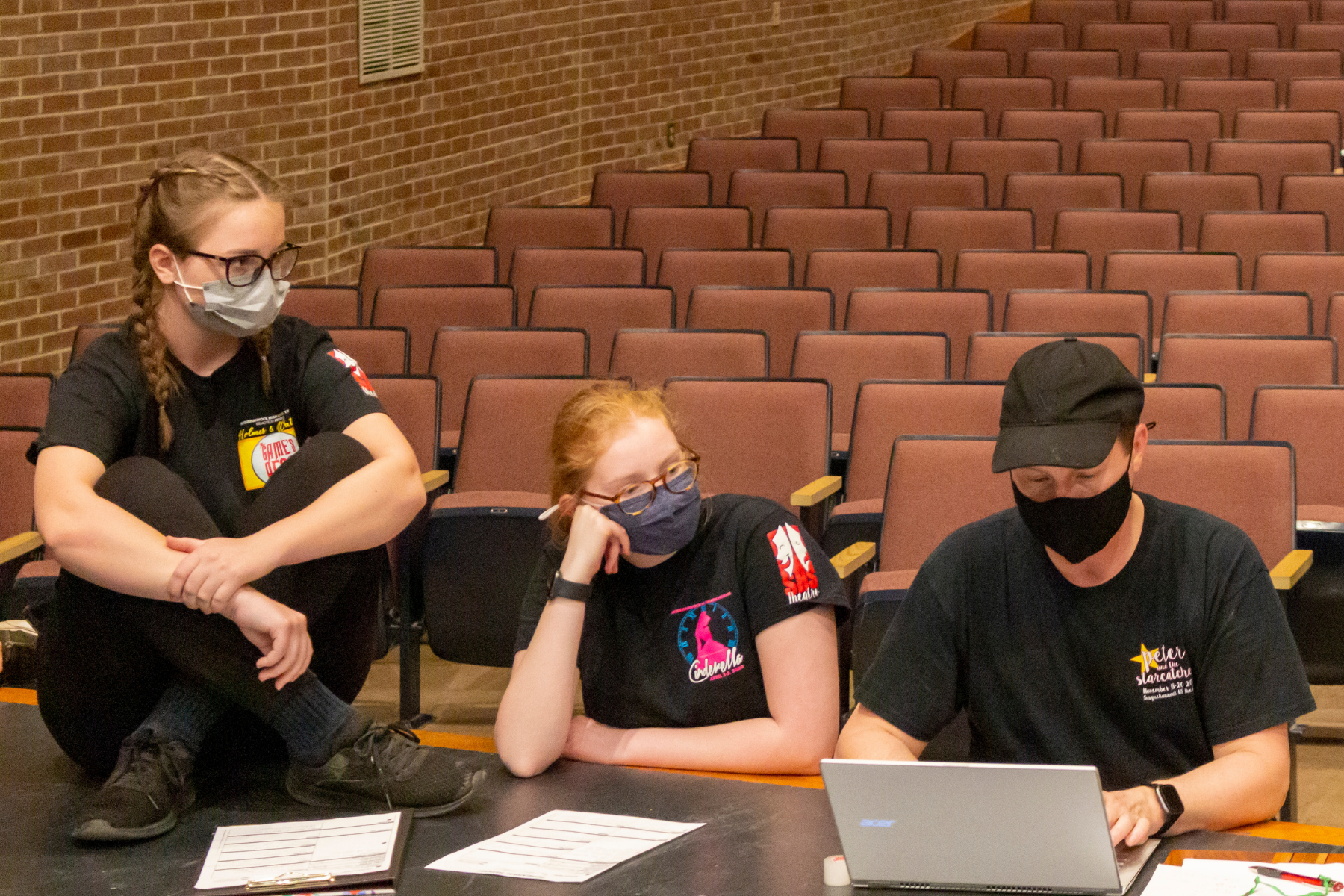 Senior Emily Polanowski, the lead student costume and makeup designer, felt that the show was not much different from other years.

“Because there are always challenges that we had to face, but this year with COVID, it went surprisingly well,” said Polanoski. “It was incredible to see the show come together.”

Despite lower profits, the theatre program was happy to perform another show.

Mechling, Davis and Polanowski all agreed that because of the smaller cast  they were able to be very successful and efficient in their rehearsal time, resulting in the cast and crew being closer than in other years.