Team Unified, a club promoting inclusion, is bringing the school community together.

Team Unified, also known as Team U, is a new club that acts as a support for the Unified Track Team which formed at the beginning of the school year.

The club’s goals are to support the team, get people involved and to “spread the word” because everyone, despite their differences, has a right to be respected.

Kristin Johnson, the coach of the Unified Track Team and adviser of Team U, has high hopes for the future of the Special Olympics as well as inclusion for the Warriors.

“..the students came up with the idea of Team U, and they help with different initiatives throughout the school year,” said Johnson. “[One of these initiatives is] “spread the word,” the word being inclusion- [encouraging] the inclusion of all people.”

Team U hopes to get a variety of students involved such as general education students, students in learning supports, life skill students and anyone with a positive attitude to take part in the inclusive environment that Team U seeks to achieve.

The club already consists of 30 members, most of them previously being a part of Best Buds which built the foundation for Team U.

According to Johnson, it was the students’ idea to transform Best Buds into Team U, so the Unified Track Team could compete while meeting Special Olympic guidelines.

Anyone is allowed to join the club just by emailing or talking to some of the club advisers, one being Coach Johnson, referred to as Coach K by the student-athletes.

Once a month members of the club meet via Google Meet They sit and talk virtually, starting with an ice breaker and then talk about how to continue spreading the word of inclusion within the school community.

With COVID-19, it is difficult for clubs to get together in-person, so Johnson and other advisers have organized the Google Meets to allow members of Team U to meet. Nonetheless, it has been a struggle.

“I don’t think there’s any clubs this year that can meet- they are meeting virtually, so that’s been hard,” said Johnson.
Even with COVID-19 and the different school scheduling, the club has already been able to tackle some tasks to promote the club and promote inclusion, despite being physically apart.

Sophomore Bradley Bennett, vice-president of the club, designed a t-shirt for Team U, enabling the team to sell around 80 t-shirts so far.

Within the month of March, Team U ran their first campaign by asking staff members to wear either red, white or grey.

Beyond t-shirts and spirit, throughout the school halls are posters made by students for spreading the word as well as for promoting the family that Unified Track has become. 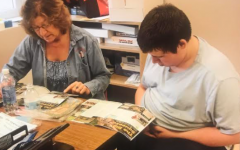 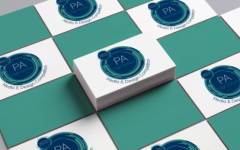 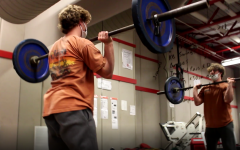 Students Use Tech to Get ‘Swole’