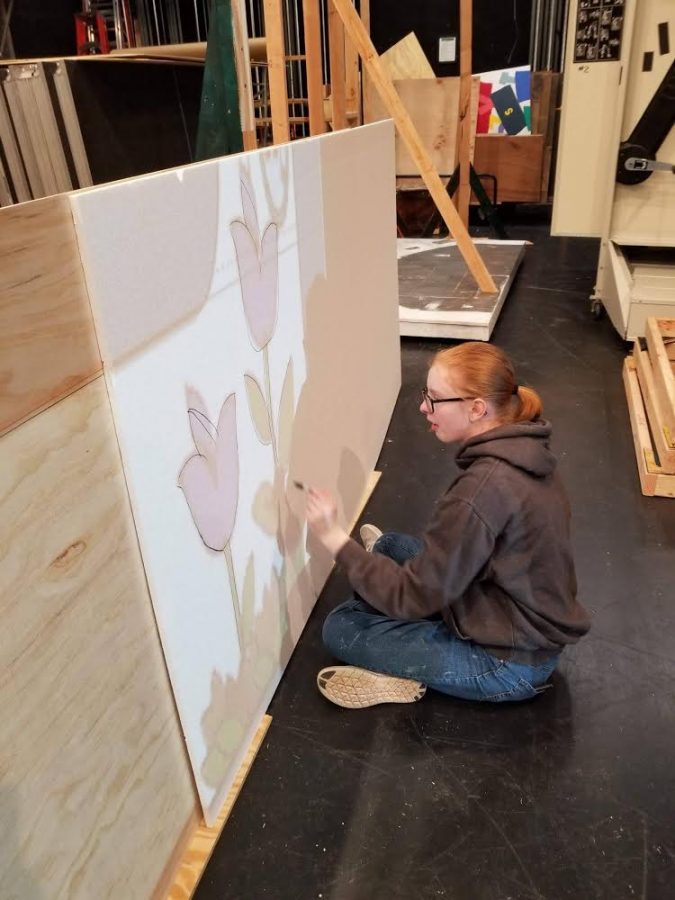 Marusko tracing an image onto a board, in order to create a background for the production. Photo courtesy of Alexandra Marusko.