Teachers See Benefits to Both Schedules 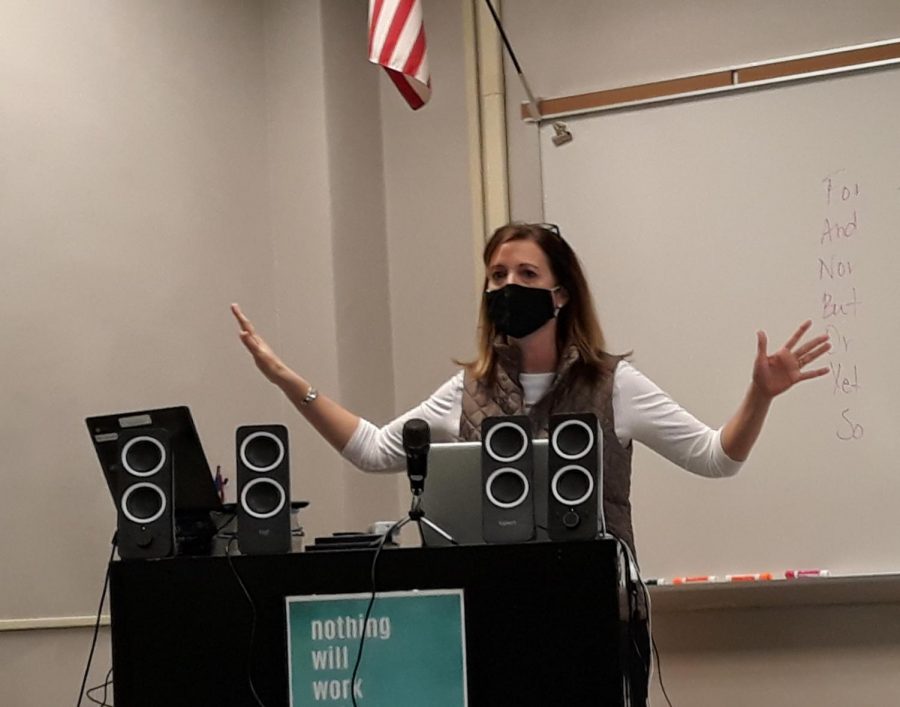 With this year’s five-block schedule, students and teachers alike have had to adjust to teaching and learning with longer class periods and less days.

As of now, the plans for the 2021-22 school year are to return to having seven subjects that are taught for the duration of the year.

In terms of effectiveness, the longer periods of the current schedule are affecting each academic subject differently.

Spanish teacher Michaele Rayburn agrees that the five-block schedule has affected the Spanish curriculum positively and appreciates being able to interact with her students for longer than 50 minutes.

Rayburn hopes to remain on the current schedule specifically for the benefits that it brings.

“The students have more confidence with speaking Spanish due to having more time to process information in the block schedule,” said Rayburn. “If we were to keep the five-block schedule and meet every day, the students would really be able to have the academic time to converse and have the comprehensible input needed to become more fluent in a language.”

Physics and geometry teacher Brian Wingert brings another perspective to light from both the science and math departments, being interested in the possibilities that a fully in-person block schedule would bring, but unopposed to the traditional schedule for its normality.

“[The block schedule has brought] a significant change on how lessons are planned and structured,” said Wingert. “You can’t just stick two 40 minute lessons back-to-back, you need to restructure the flow and pacing of the course to adjust not only for the longer class time, but also for the shorter calendar time. In a traditional setting, we might have 5-10 days to cover a topic, [while] in a block setting we would only have 3-5 days for that same material.”

However, Wingert also remarks that when students fall behind, it is far more difficult to catch up.

“It’s a large amount of information to absorb in a short time,” said Wingert. “It also makes absences much more critical. Just missing two days in a row from being ill would be almost like missing a week in the traditional setting.”

English teacher Karen DeLuca shares a similar position in seeing the benefits of the block schedule with hybrid posing its own set of challenges.

“We’ve been able to dig deeper into discussion and have fewer interruptions to the writing process when working on longer essays,” said DeLuca. “I believe [students are] able to get to a deeper level of understanding because we have more time to focus. However… it’s been more challenging to cover all of the content that we typically cover in a normal year.”

Sophomore virtual student Alex Stine has experienced both the traditional and block schedule and admits that this year has caused much less stress because she has less to balance.

“There is more work for each class, but there are less classes to worry about,” said Stine. “As a digital student, it would be difficult to attend more than four classes a day. It is quite helpful with longer block periods because I have more time to work.”

Wingert also touches on this aspect, believing that students can be positively impacted by having fewer subjects.

“I think a big potential benefit of the block schedule is that the students have less courses to focus on in each semester,” said Wingert. “They can split their time between four subjects rather than six or seven subjects at a time.”

On the other hand, junior year-AP Human Geography teacher Matthew Amberman is opposed to remaining on the block schedule because he teaches a tested course.

“[There was] less in-person time with students as [the block schedule] is combined with hybrid,” said Amberman. “I needed to find the ‘greatest hits’ of my class and run with them [which, however, was a] good learning experience for the future in the class.”

The block schedule created many difficulties for courses such as Amberman’s with AP teachers only being able to see students in-person once per week.

“Five blocks, with hybrid, was very difficult, especially in an Advanced Placement course with a set curriculum,” said Amberman. “[The hybrid schedule] abbreviated the chronological year with students… Considering the circumstances, I think this was the best course of action…”

All in all, everyone can acknowledge that this school year’s schedule has served its purpose, despite the obstacles that students and teachers have had to overcome.

“The hybrid A/B schedule has helped to keep us safer and healthier, but obviously it also provided challenges that impacted the block schedule,” said DeLuca. “Ultimately, I think either scheduling option can be used effectively, especially once we’re no longer dealing with any pandemic limitations!”