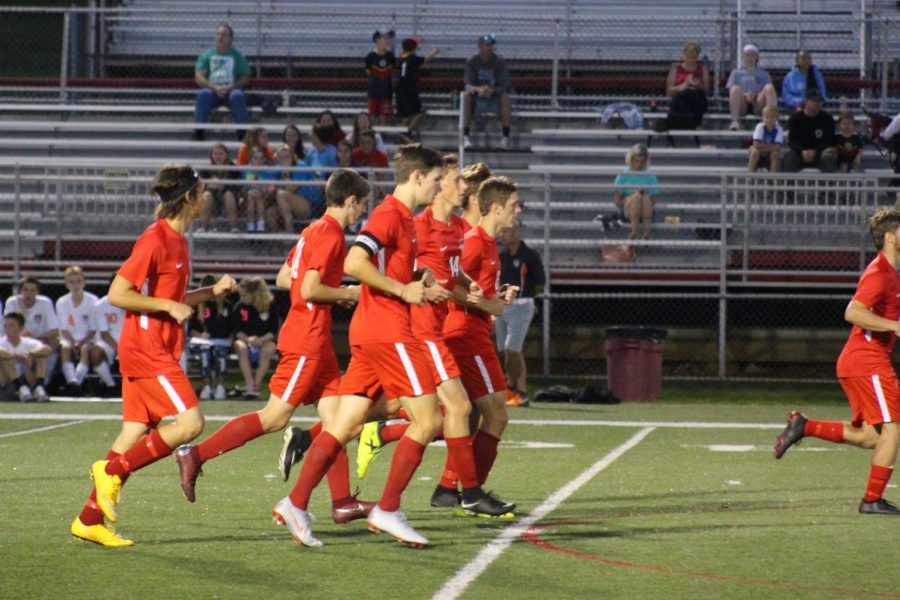 Despite COVID-19 taking a toll on the normal season, the boys soccer team has trained heavily, achieving their flawless 9-0  record.

Every year, Coach Brett Maxwell puts a lot of faith in his players, and this year was no exception.

Senior team captains Nicholas Holloway and Fallou Cisse are confident in the abilities of the players, but both of them feel as though they could have done better against York Suburban.

The protocol requires them to arrive at the field with a mask, and once they get their temperature taken, if it is normal they can take their masks off while practicing social distancing.

Holloway knew the team’s efforts to push themselves during COVID-19 would pay off.

“We obviously couldn’t get together…,” said Holloway. “We just did whatever we could by ourselves to get outside and run [or] get touches on the ball whenever we could.”

When summer training came along, the players were very excited to practice with other teammates.

They started summer training in the second week of July.

Head coach Maxwell is optimistic about where the team’s success may take them.