COVID’s Impact on the Sports World 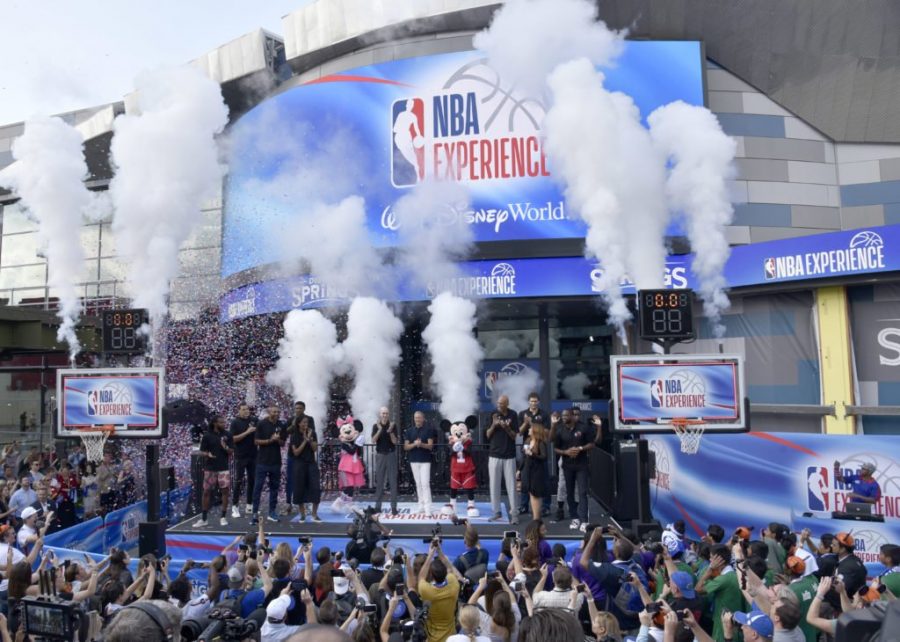 The NBA is discussing reopening play across the league at Disney in Orlando, Florida. via @PDChinaSports on Twitter

The sports world is largely in question with major sports organizations such as the NFL, MLB, NBA, and NHL all hoping for a safe return to sports- whether it is with or without fans.

Sports are different all around the United States. Arizona was the first state to allow professional sports since COVID-19 hit.

Counties in Pennsylvania have been moved to the yellow phase of the state’s reopening plan; however, this does not mean sports are nearing a return in the state.

The belief is that sports will be safe to return to Pennsylvania during the green phase.

In the yellow phase, the largest gathering of people allowed is 25 people.

Sports across Pennsylvania, along with the nation, have been completely shut down in response to the pandemic.

On April 9, the PIAA announced that it would cancel the winter sports championships and all spring sports. Shortly after this, Governor Tom Wolf announced that schools would not reopen for the rest of the year.

The Little League World Series, which takes place in Williamsport, Pennsylvania every summer, is also canceled for the first time ever.

The NBA has discussed returning to play in mid July at the Disney Sports Complex in Orlando, Florida.

Sports leagues still remain in question all across the world. The hope is that sports can return as soon as possible, so we can have a little bit of normal restored.