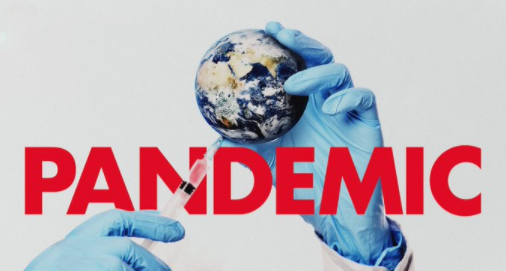 The timing of the release for this documentary was eerily too perfect considering the ironic parallels to the covid-19 outbreak. Image Courtesy of: @ShafiAhmed5 via Twitter

It has been around 100 years since the last deadly major flu virus that killed 50-100 million people.

The difference between then and now is that the human population then was only 2 billion; now it is near a much higher 8 billion.

In late January, Netflix released an original 6 episode docuseries, 49 minutes each,  called “Pandemic: How To Prevent An Outbreak.”

The main theme of the show is not if another global pandemic will happen, but when.

It brings epidemiological science to light in many ways, mainly through the characters that are all from different areas and backgrounds.

The series reflects throughout many parts of the world, both rural and cities from America to India.

The variety of subjects interviewed included Susan Flis, a retired nurse who offers to give out flu shots at the US Mexican border; Michel Yao, a doctor with the World Health Organization trying to contain an Ebola outbreak in the Democratic Republic of the Congo; Jacob Glanville, an entrepreneur trying to develop a universal flu vaccine; and Dr. Syra Madad, the infectious disease specialist helping to prepare New York’s hospitals for the next pandemic.

This also brings out the view of what the creators would call the antagonist, reflecting on the lifestyle of Caylan Wagar, a home-schooling mother of five and anti-vaccine activist in Oregon who, in the middle of a measles outbreak, fights against stricter immunization laws.

The series looks at these non-vaccinating families, where parents are now choosing not to have their children vaccinated which the World Health Organisation is calling the biggest “threat” to society.

The documentary expresses its concerns for the public who seems to have a growing distrust for the scientific field, creating major issues for the health community.

Minutes into the first episode, a team of medical workers covered head to toe in protective gear run through a simulation to test their readiness for a major flu outbreak in the city.

Madad, who is overseeing the drill, warns them: “If you’re not protected, if you can’t protect yourself, then how are you going to protect others?”

An interview with Dr. Dennis Caroll within the documentary expressed how he feels the next pandemic will most likely be started by an animal: “A pandemic influenza will likely come from an animal, and it will be a new and novel never seen before virus.”

The biggest portion of this documentary is to reflect on the world’s heroes; the doctors, scientists, disaster experts and healthcare workers that are helping battle our current pandemic and trying to help the world.

This documentary is highly recommended as it will open the eyes of the public to see how our world really will be able to handle such a great disaster.