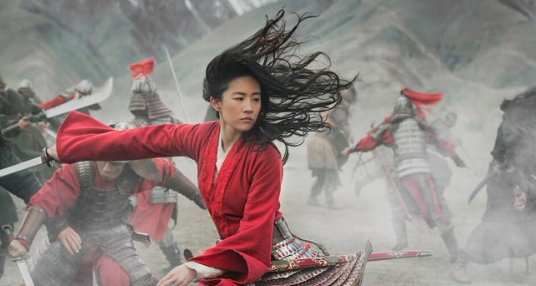 A New Year brings new adventures for the film industry, a clean slate to show the world a story worth being told.

“Promising Young Women” – An American drama thriller, “Promising Young Women” follows the life of Cassie, played by Carey Mulligan, and her double life. With a new aspect surprisingly coming into her life, she has the ability to right the wrongs of her past.  Directed, written and produced by Emerald Ferrell, this film is sure to be full of a cohesive color scheme that tells the story in a whole different way.

“Black Widow” – The long awaited main film following one of Marvel’s most beloved female superheroes, “Black Widow” is sure to feed the fans who have been waiting way too long. This will now be the 24th film in the Marvel Cinematic Universe (MCU). While only a small teaser trailer has been released, many awaiting audience members are creating their own ideas as to what this film will touch on in the life of Natasha Romanov, a.k.a. Black Widow.
“Fast and Furious 9” – “Dominic Toretto and his crew join forces to battle the most skilled assassin and high-performance driver they’ve ever encountered — his forsaken brother.” F9 is an upcoming action film directed by Justin Lin and written by Daniel Casey. Staring the forever iconic Vin Diesel, John Cena and Chris “Ludacris” Bridges and others, this is bound to be as thrilling if not more than the other films in the franchise.

“Wonder Woman 1984” – Although not much has been released about the plot of the film, many fans are excited and ready for whatever lies ahead. After the success of the first “Wonder Woman” film, DC decided it was only right to make a sequel to quench the thirst of the viewers who wanted more.
“Candyman” – The classic horror movie now has a reboot that has been rumoured to be better than the original. The plot follows a hook handed “boogeyman” who haunts a Chicago development and spreads bees from his mouth. The director is Nia DaCosta and the story was created by Clive Barker.

“Ghostbusters: Afterlife” – After fans realized Paul Rudd, Bill Murray, Finn Wolfhard and Dan Akyroyd are a part of the cast, everyone is ready to see what this film is really about. This horror adventure is set to be released on July 10.

“Escape Room 2” – The ending to the first “Escape Room” left viewers knowing that there was something more to come and it is now confirmed that that is true. Supposedly this sequel starts exactly where the original left off, leaving audiences waiting in anticipation to see what’s next for the survivors of the panic room.
“Bill & Ted Face The Music” – This sci-fi musical was directed by Dean Parisot. It is the third in the “Bill & Ted” franchise. So far, we know that a certain visitor from the future tells Bill and Ted that one of their songs of friendship can bring “harmony to the universe.”

“The Conjuring: The Devil Made Me Do It” – This is the third portion of the “Conjuring” series and many fans are weary and excited at the same time for it. Just like the others, the film follows the paranormal investigative couple Ed and Lorraine Warren as they help with possessions, deaths and other horrifying fates.
“The King’s Man” – The historical action film follows one man as he has to fight with time to stop the worst tyrants of history as they get ready for world domination.

“Venom 2” – Since there was a surprising positive review of the first film, Sony/Marvel decided it was only fair to try a sequel. Many are even more excited for this film due to the legendary Woody Harrelson starring in the film playing Cletus Kasady.

“Godzilla vs. Kong” – These fearsome creatures face off head to head in this up and coming drama fantasy. This is a direct sequel to the latest “Godzilla” movie from 2019.

“West Side Story” – A new day remake of the classic musical is seemingly following all the right steps. Two teenagers with different backgrounds fall in love, which will challenge their loyalties to their own lives in 1950s New York City.