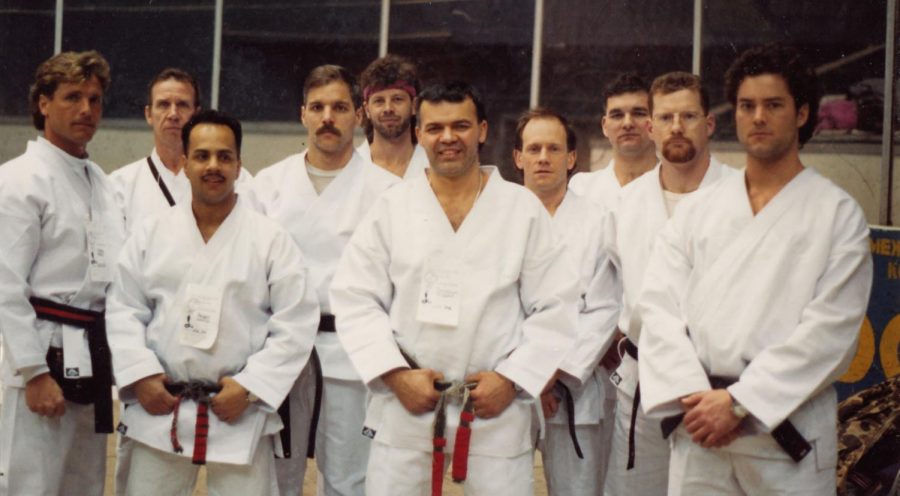 Millions of people all over the world practice martial arts.

A fraction of those people actually stick with it.

An even smaller amount of those people achieve the status of a blackbelt.

According to the Japanese Martial Arts Center in Southeast Michigan, their new attendance system reported the following:

Senior Francis Fiore agreed that although a blackbelt is the ultimate martial arts honor, the work is not done.

“Most people see the blackbelt as a finish line. Little do they know it means you have to work harder…people look to you,” said Fiore.

Senior Chris Moss explained how earning his black belt helped him to grow as a man.

“Hard work and dedication” are two necessities, according to Moss.

“It taught me self defense and discipline. Discipline goes a long way in life. And if I were in a position where I’d need to protect myself, I could,” said Moss.

Another person who has their black belt in Taekwondo is teacher Garth Hoffman.

Hoffman participated in a  tournament put on by a martial arts organization  IMAC(International Martial Arts Club),  a points based team tournament in which Hoffman and his twelve other teammates won gold for team America.

“I went to Russia and competed. It was in Omsk in Siberia,” said Hoffman.

He appreciates the real-life applicability of the skills involved.

“I wanted to stay in shape and mentally (in) it…,” said Hoffman. “(I switched to MMA) because of the ground game. It is practical. Most fights end up on the ground.”

Hoffman found he learned important values that still continue to better his life.

“I’ve met a lot of people that I can depend on. It’s a bond to have. These are friends that I’ll have forever. You can’t break that bond,” Hoffman said.

Getting a blackbelt is not easy, and few ever achieve the honor of getting one. Within getting your blackbelt one thing is clear; the lessons learned from receiving a blackbelt are just as valuable as the blackbelt itself.