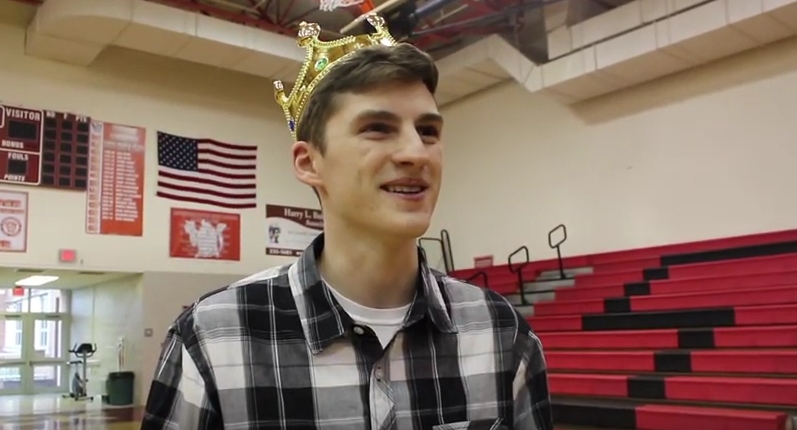 The Mini-THON club announced the winner of the Snow King competition on Friday, Feb. 14 during the pep rally.

Senior Nate Binko was crowned Snow King, earning more than a thousand points in the competition with $800 donated and 161 cans.

Senior Gavin Held pulled in $250, and senior Eric Schwanke was the most spirited, participating in the dress every day of the week.

Senior Michael Daiuto came in fourth in the competition, only 10 points behind Vega in third.

As a group, the Snow King competitors collected more than 800 food items for the SYC Food Pantry and $2,221.20 for the Four Diamonds Fund.