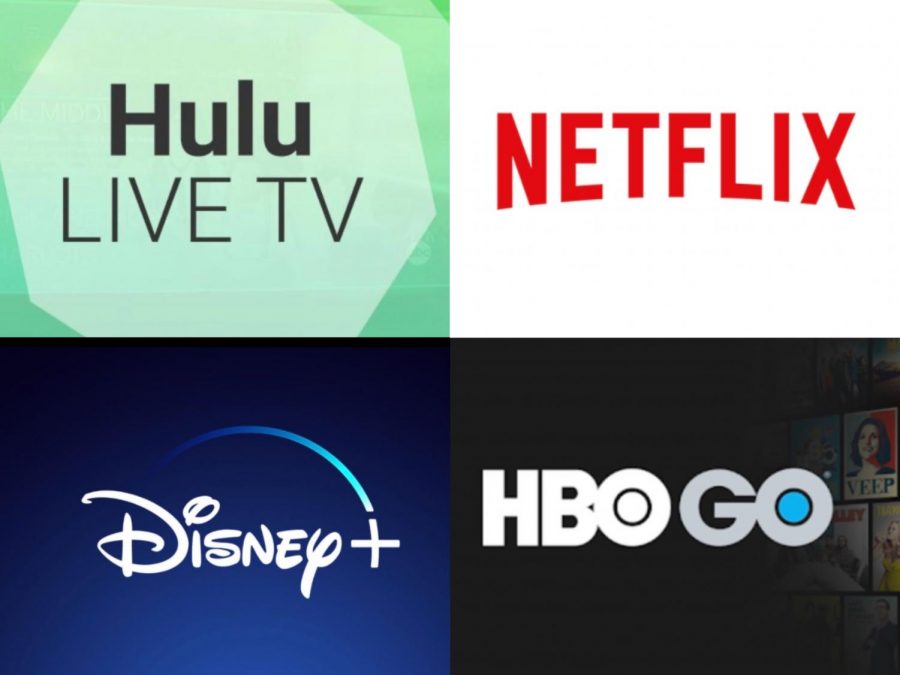 The core four streaming services that people are using. Image courtesy of Google

The planned launch of Disney+ has ushered a whole new era for streaming services like Netflix, HBO Go, Hulu and many more who are now facing growing competition from major new players in the industry.

Also, adding bundles that allow people to expand how many others can watch at one time and/or removing ads could increase this price.

Many shows that have been running for more seasons are located on Netflix or HBO; however, since Disney+ came out, all of the streaming services have been on edge, trying to draw in more people because they are newer to the streaming industry, they offer more movie selections for younger age groups, but do offer some adult movies.

Here are the pros and cons for Netflix, Hulu, HBO Now and Disney+:

Netflix is simple and easy to use with no commercials; it is an original program with a 30-day free trial and content that can be downloaded and watched offline.

However, Netflix does have some cons when it comes to content since it isn’t available right away, the selection of shows depends on timezones, and it has somewhat of an outdated library, though they are trying their best to update content.

Netflix costs about $12.95 a month, along with the other levels of subscriptions that are able to be bought, such as allowing more people to watch at once, etc.

Hulu is another streaming service that has really good features. Streaming is allowed on many devices, and Hulu Live allows people to watch 50+ live and on-demand channels, not to mention different plans.

Unfortunately, people cannot watch movies and tv shows offline, the movie selection isn’t as broad, and ads will only go away if you pay for no ads.

It only costs $5.99 a month, but that is also because it doesn’t have as many plans as other streaming services would have.

HBO Go is yet another streaming service that many people use. It is perfect for movie lovers and fans of the original tv shows and movies; it gives a seven day free trial, doesn’t have a hard limit on the number of simultaneous users on one account, and allows people to catch up on new episodes of shows as they air.

HBO does have a more expensive subscription, users outside of home are more likely to run into an error message when streaming, and there are not as many compatible devices to use for it.

It costs $16 to $25 a month depending on upgrades to enhance streaming and abilities on the app.

Disney+ is one of the many streaming services that have been recently released that has more of a kid-friendly aspect to it.

It has no commercials, along with a good selection of classic and new content from Disney; there also are many exclusive original shows and movies the whole family will be interested in watching.

Disney+ does have a smaller library, and movies will be launched in theatres for several months before they make it to the streaming service.

It is about $7.99 a month; however, it is also focused more on Disney shows which are kid-related.