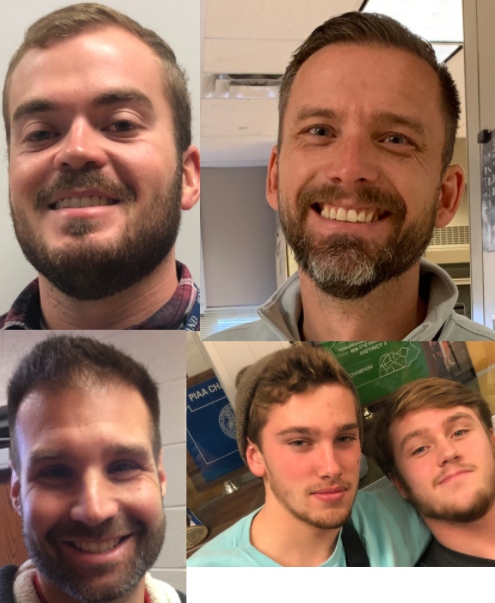 Hanson and his department participated last year in the Mini-THON event.

“The guys expressed interest in doing it again this year, so that’s why we are doing it,” said Hanson. “There are five or six other guys in the department doing it [as well].”

Not only is Hanson raising money for Four Diamonds, other departments have raised money for this fundraiser.

Throughout the month, Hanson has a goal of raising $500 but has only raised $90 so far.

“We have a little competition within the department to see who can raise the most money,” said Hanson. “Last year I didn’t win, but this year I want to win it.”

The competition throughout the department motivates the officers to raise more money everyday.

Not only is Hanson raising money for the fundraiser, the students are pitching in as well.

Heather Walker, an adviser of Mini-THON, talks about how the program can help Hanson with raising money.

“We are doing little things such as cans set out in the office and selling lollipops at lunches,” said Walker. “That cash goes through Mini-THON and then Mini-THON writes a check in his name to Four Diamonds.”

Hanson believes that Four Diamonds is a great foundation for various reasons.

“I think that Four Diamonds is a really good place to donate money because it goes to cancer research,” said Hanson. “I think if we all look at our lives at one place or another, cancer impacts someone even if it is a family member or a friend. Being able to give that money to the cause that helps hopefully cure [cancer] one day is definitely worth not shaving for a month.”

You can donate money in the bins located around the school or buy a lollipop during lunch periods in order to help Hanson reach his goal.