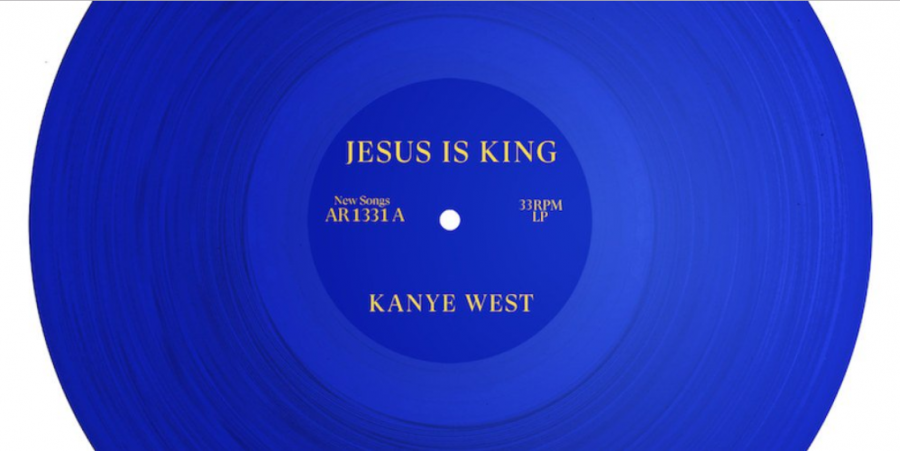 The album consists of 11 singles and lasts for just under half an hour.

This album was not shy of features, as many artists were a part of this album, such as Ty Dolla $ign, Sunday Service Choir, Ant Clemons etc.

Considering this  album had fans waiting for months, this album undermined the hype surrounding its name.

“Jesus Is King” is not his best album by any means, but it did show some satisfaction with strong singles such as “every Hour” with Sunday Service Choir and “Follow God.”

Track 1 is “Every Hour” with Sunday Service Choir.

This song has more of a gospel vibe than what Kanye is accustomed to, which is rap and hip-hop.

The feature, Sunday Service Choir, definitely delivers on the emotion and delivery of the hook.

This is quite possibly the worst song of this entire project; it did not deliver with emotion and felt almost forced.

Kanye’s delivery in his voice did not seem to match with the beat.

Many believe this to be the best song on the entire album, and for good reason.

The lyrics are deep with meaning, they flow with the beat perfectly, the beat is perfect for the emotion, and the back vocals mix perfectly together.

Everything about this song was on point.

On this song, Kanye rapped “I was looking at the Gram, and I don’t even have likes / I was screaming at my dad, he told me it ain’t Christ like.”

These lyrics show off the directed emotion of the song, saying it isn’t wise to follow other people.

Track 4 is “Closed On Sunday.”

With more of a chilled emotion, quite the opposite of “Follow God,” this song delivers how the listener feels while hearing it, relaxed.

Kanye West sang on the song, “Closed on Sunday, you my Chick-fil-A / You’re my number one, with the lemonade.”

It is possible that Kanye was trying to relate to pop culture by mentioning Chick-fil-A and how it could relate to Kanye’s message, “Jesus Is King.”

This song almost feels like a callback for his more original fans, as it gives off the early-2000s feel that Kanye used to have.

The emotions almost felt identical to some of Kanye’s old and original sounds.

Track 6 is “Everything We Need” with Ty Dolla $ign and Ant Clemons.

This song seems to have the same emotion as “Every Hour,” and Ty Dolla $ign definitely delivered on the hook by showing off his vocal range to fit with the title itself.

The voice sounded perfectly, it had the soul to it, and it definitely gave off the inspiration of Christian music.

Track 7 is “Water” with Ant Clemons.

This song feels like a mix between “Closed On Sunday” and “Everything We Need,” as the hook from Ant Clemons feels like it has a “different” energy.

In this song, Kanye raps “let your light reflect on me / I promise I’m not hiding anything,” detailing that Kanye is exactly like water, that when you shine light on him, he shows his true self.

Kanye stepped out of his comfort zone on this single, as he decided to let his singing take over instead of his traditional rapping, and it worked.

The sound of the song was enough to change anyone’s emotion positively and spiritually.

Track 9 is “Hands On” with Fred Hammond.

The beat to this single feels like a breath of fresh air, as it doesn’t sound like a whole lot that we’ve heard before.

Kanye switched back to his rapping on this one.

Fred Hammond also delivered on this song and added to the dedicated emotion that was made originally by Kanye.

Track 10 is “Use This Gospel” with Clipse and Kenny G.

Much like “Hands On,” the beat to this single feels like something new for our ears, which gives us that hopeful feeling that Kanye was trying to incorporate with this whole album.

As the last song on the album and also the shortest at only 49 seconds, it didn’t feel like the right outro for this album.

The trumpets in the background were brilliant, but the lyrics were not so brilliant, as Kanye repeated the title, “Jesus Is Lord,” for almost the entire song.

After reviewing all 11 songs on the album, the album felt disappointing.

There is an obvious best song, and it is “Follow God,” as the entire song has the feel and emotion of another smash hit to add to Kanye’s already impressive career.

Outside of “Follow God,” there are 10 songs, and they are split evenly.

Five songs can be clarified as okay or maybe decent, and those would be “Every Hour,” “On God,” “Everything We Need,” Hands On” and “Use This Gospel.”

The other five songs (“Selah,” “Closed On Sunday,” “Water,” “God Is” and “Jesus Is Lord”) would be considered the songs that didn’t perform or sound the best.

This album is not Kanye’s best work by any means, but it is not the worst either.

However, it  gets Kanye’s message across, trying to highlight God, Jesus and so much more to his young age demographic.