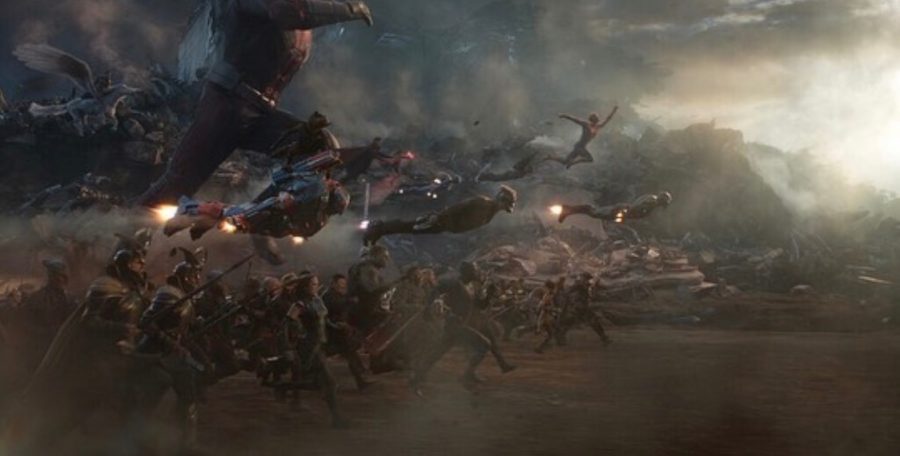 Marvel’s franchise has finally reached its epic conclusion with “Avengers: Endgame” after an 11-year build up.

It all started with  “Iron Man,” starring Robert Downey Jr. The goal for all the characters in the film is to bring back the people that got snapped away from Thanos in “Avengers Infinity Wars.”

The shocking action, comedy, acting and plot development helped the film go to the next level.

It had many twists and turns; it has hands down some of the best action sequences ever.

Also, there is a fair amount of comedy to keep the audience interested during the plot development.

Hawkeye was a great character especially because he was not in “Avengers Infinity War.”

The famous actors/actresses, such as Robert Downey Jr.(Iron Man) and Chris Evan (Captain America), delivered an awesome heartfelt performance to wrap up this journey.

A lot of the characters were emotional but still focused on the task at hand and the acting showed that.

The directors Anthony Russo and Joe Russo tried their best to make each moment heartfelt and wonderful in some way, and they succeeded.

The audience could really feel the emotion, based on the setting and music.

The music really sold the emotion and suspense.

On the opening weekend, the film made $350 million in the USA and 1.2 billion worldwide, breaking many records.

Although Stan Lee, the creator of many Marvel characters, recently passed away, he still appeared in the film as a cameo.

“Avengers: Endgame” was the perfect way to end the story that took 21 movies to put together.

For all the big fans, it was an emotional wrap up to this mind-blowing story, but it still left questions to be asked for the next phase of Marvel movies.

I would give the movie 5/5 feathers.