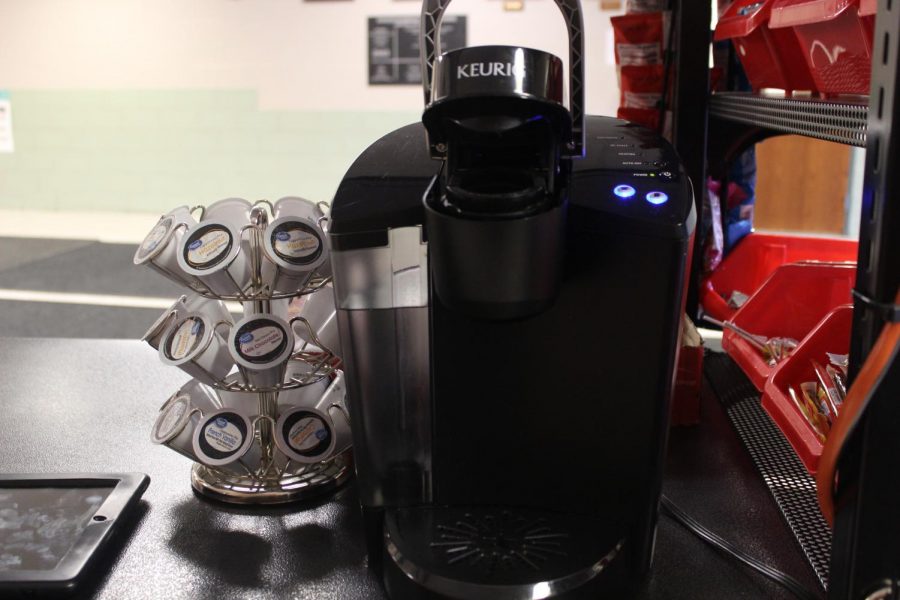 Too often, students feel the burning pain of steaming hot liquid spilling over their hands while walking through the school.

This is due to the plastic lids from Susky Station popping off.

Senior Malakhi Thomas is a frequent purchaser of the Susky Station’s coffee and witnesses these tragedies frequently.

Many students have similar scars from the experience and have found especially creative measures to combat it from happening.

“One time I took scotch tape from the teacher’s desk and taped the lid down and that worked pretty well,” said Thomas.

The lids, however, were chosen for a reason, according to cafeteria worker Donna Montgomery.

“… why they [the school] basically did it…they’re resealable,” said Montgomery.

After reviewing past inventory orders for the Susky Station, Montgomery found that the lids had been in use since coffee began being served.

With little feedback, it was assumed that there was no reason to make a change.

Students have found that the resealable feature causes more harm than good.

Breaking the seal to drink out of the cup injures the integrity and durability of lid, thus causing the spillage.

Convenience stores around the area use elevated dome lids, a possible alternative for the Susky Station.

The elevation allows customers to carry their cups without worry of their day being ruined by first degree burns.

If pursued, Montgomery suggested making the switch to dome lids may be around the same cost as the ones currently in use.

“If [students] want to [use] the dome lid, let me know and I’ll have to do research and find which fit with which cup,” said Montgomery.

If students like Thomas continue to speak out about their Susky Station troubles, a new lid may be in the near future.

Click here to take a survey via Google Doc regarding what type of lid the Susky Station should use.