The World is Heating Fast: Here’s What You Can Do to Help 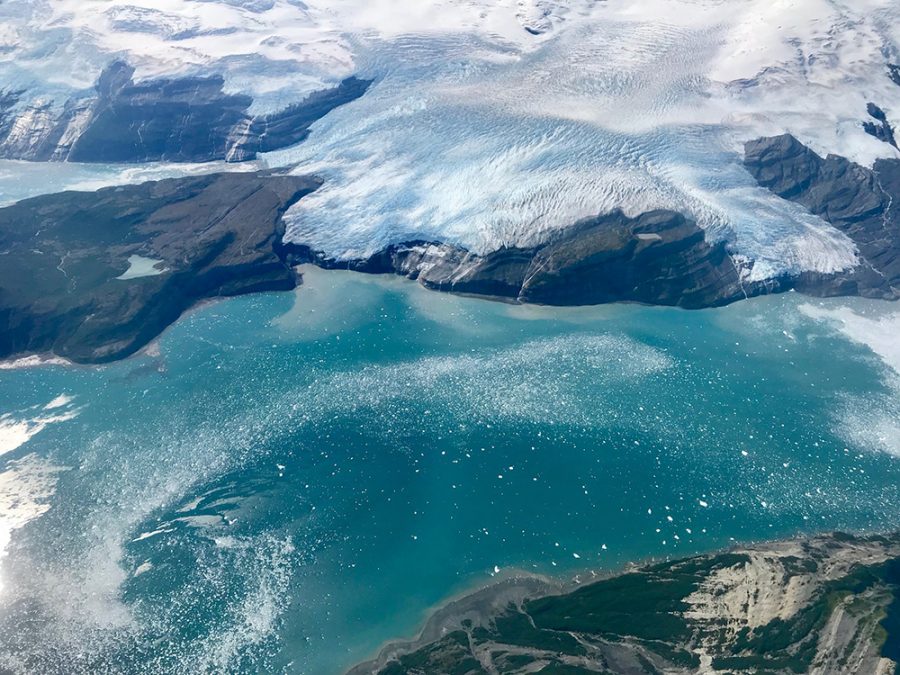 Ice Bay in Alaska is covered with snow, but with climate change, it may only have a few decades left before the land is barren.

Our world is beautiful.
Vast lands of green hills, breathtaking glaciers, gorgeous oceans and a sky that looks too good to be true.
However, by 2030 our world may be at the beginning stages of reset.
With the enormous amounts of factory production, use of energy and animal production, the planet’s  temperature has risen by 1.8 degrees fahrenheit and now has the highest amount of carbon dioxide in the air in 650,000 years.
According to scientists, if the world does not begin to make a change, the temperature will continue to rise, causing prolonged droughts, stronger hurricanes, risen sea levels up to 4 feet and a soon-to-be ice-free Arctic.
With more months and seasons passing by as being the warmest on record, the world needs to come together and make lifestyle changes, or else the world will simply continue to heat until it becomes uninhabitable.

What you can do to help:

Be careful with food. Meat production has been shown to cause anywhere from 14 to 18 percent of greenhouse gas emissions. When little to no meat is consumed, the amount of greenhouse gasses going into the air decreases. If people don’t feel like giving up meat, eating organically and locally still can make an impact. When people don’t eat organic foods, they’re eating foods grown with synthetic fertilizers that begin by oil refining, so eating organic means eating oil-free. Local food is always good, too, because only a small amount of gas is used to transport the food to a certain place, instead of shipping food into the grocery store from the other side of the country.

Live efficiently. Living efficiently will not only help the planet, but it will also help the mind. Start small with cleaning out clutter and end with switching to smart products and smaller living spaces. Small changes can make large impacts, such as simply switching out an old thermostat to a smart one or even getting solar panels on homes. If a person wants to go extreme, living in a tiny house can reduce their carbon footprint. Living efficiently will not only help the environment, but it also will reduce living costs, leaving a little more cash in the bank.

Reduce. Reuse. Recycle. While hundreds of millions of people recycle, many forget the reduce and reuse section. While recycling is still better for the environment than making new items from scratch, it still puts fumes in the air with the transportation of recyclable goods. Make sure to use up as much of a product as possible, from finding ways to use all those leftover mason jars to buying a plastic bottle cutter and make string out of plastic bottles. The more people can use, the less waste produced and the more that people help the planet.

Use better transportation: One of the most damaging factors to climate change is the amount of transportation used in the world. As fun as they may be, road trips harm the environment. So rather than driving for hours, switch to a train instead, or use public transportation. In more rural areas, consider carpooling with those who live nearby. If not, biking is another great way to help the world.