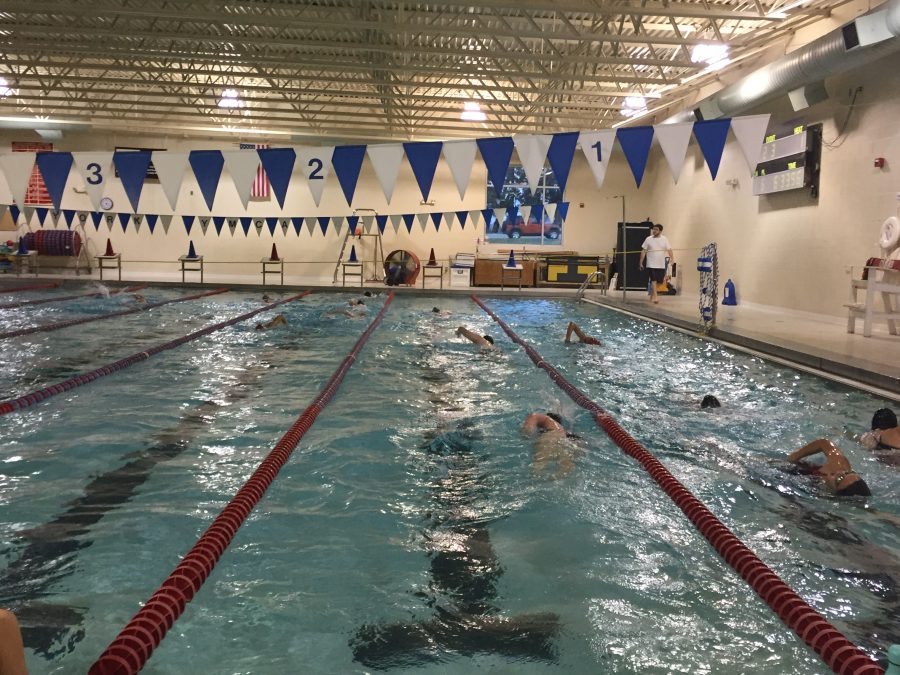 An overview of the entire YMCA pool.

Swimmers are ‘fish out of water’ as their usual pool is unavailable for preseason.

With the Shrewsbury YMCA closing the pool for renovation, swimmers are forced to travel to the Graham Aquatic Center in York after school in order to attend preseason.

Coach Brian Wingert is disappointed with the situation, as not all swimmers can attend preseason.

“It’s really unfortunate because it makes it hard for [our swimmers] to get there,” said Wingert. “I want to encourage everyone to attend preseason, but I understand that not everyone is able to make the trip.”

The journey to preseason is now 30 minutes and is made longer by traffic.

Senior captain Matthew Keuler is not happy with the change either.

“It’s definitely a struggle to make it there regularly,” said Keuler. “Preseason is essential for swimming, and it’s unfortunate that people are missing it. However, the team is making it work, and a good amount of people have shown up so far.”

Wingert sees the set back having a greater impact on the older swimmers.

“I think it’ll be a bigger deal to the older swimmers because they have much less time to improve before they leave,” said Wingert. “The newer swimmers still have three to four years left to practice.”

Despite the setback, the team is ready for the season to start.

Junior Keely Coyle is optimistic going into the season.

“I am very excited for the season to start,” said Coyle. “I practiced over the summer, and I think this will be a good season for me. My goal is to make it to counties this year and maybe even districts.”

The Shrewsbury YMCA pool is expected to be open again on November 24.