Stephen Hawking: Why he mattered? 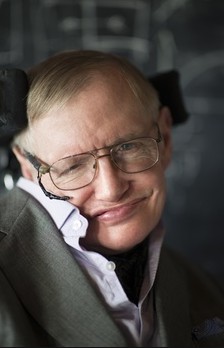 The death of Stephen Hawking erupted in the media on March 14, 2018, which affected many due to the scientific impact he left on the world.

Stephen William Hawking was born in 1942  and later became known as a theoretical physicist, cosmologist, author, and director.

His most well-known feats were his studies on black holes and relativity.

The main idea of this was to explain that black holes simultaneously erase information while retaining it.

This changed the way scientists viewed the black hole in its entirety.

At first, we had always viewed black holes to swallow up everything and anything that went near or into it, never to be seen again.

But, Hawking’s study changed everything.

“He proposed in 1947 that when a black hole swallows one half of a particle-antiparticle pair, the other particle radiates away into space, stealing a little energy away from the black hole.”

To put it simply, since this little piece of energy has been taken away, eventually, the black hole will disappear.

Another well-known achievement was his theory on the beginning of time.

He was a large believer in the Big Bang, but he always wanted to know more about what had happened before it.

The way that space works the farther you go into it, can be considered confusing.

This theory was based on his knowledge of space itself, “-grab your universal remote (that is, your remote that controls the universe), and hit Rewind. As scientists know now, the universe is constantly expanding. As you move backward in time, then, the universe contracts. Rewind far enough (about 13.8 billion years), and the entire universe shrinks to the size of a single atom.”

This means that time pulsates the farther you go infinitely.

That all goes to show that during the Big Bang time was “bent,” the world wasn’t created out of nothing, but that was not how mankind had pictured or imagined it which confused us.

This goes to show that by the death of Stephen Hawking, the world lost one of the greatest minds.

Hawking’s goals and ambitions were his main feature towards the way he fought through his life.

“My goal is simple. It is a complete understanding of the universe, why it is as it is and why it exists at all,” said Stephen Hawking via biography.com.