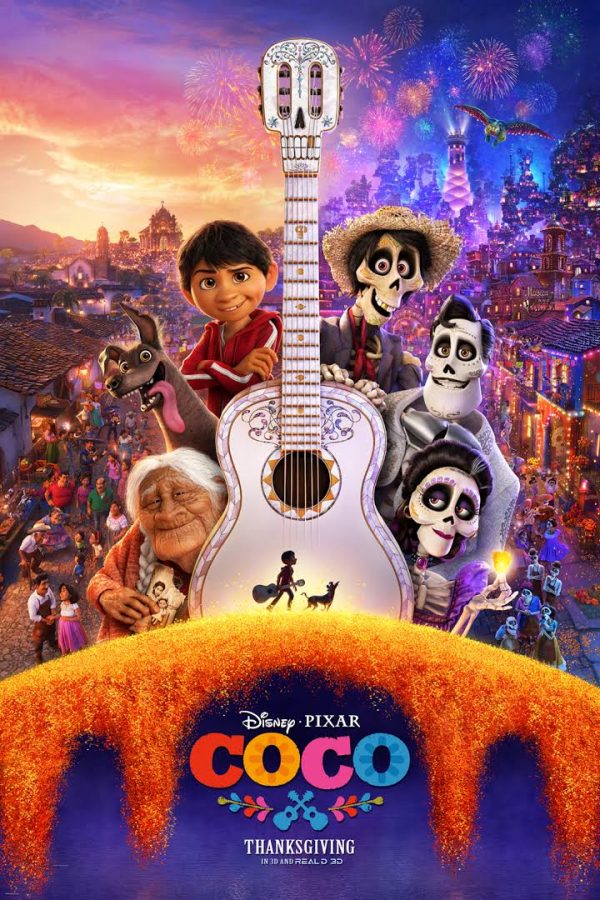 A film that tugs on viewer’s heartstrings, Coco, the most recently released Pixar movie, shines a light on a Mexican family who is highly against any member playing a musical instrument due to an incident in the past.

The movie starts up with the main character, Miguel, being fascinated with music and going against his family’s strict rules set in place.

Due to his newfound passion for music, he desires to attend his town’s annual musical talent competition for a chance to prove to his family that music really is not that bad.

Eventually, one thing leads to another and, his family finds out and breaks his secret guitar.

This results in Miguel stealing a guitar and being transported into the afterlife.

Throughout the rest of the movie is Miguel trying to get back to the real world by gaining a blessing from one of his ancestors that allows him to continue playing music.

The movie had a Latino cast and premiered in Mexico for its first debut.

Filled with Mexican music, folklore, and colorful scenes, the movie was admired for its representation of Hispanic culture.

Critic Christopher Orr from the Atlantic said that “Coco shines most brightly—literally—in its vibrant visuals, which rely on a palette of fluorescent greens, blues, yellows, and oranges.”

Overall, the movie pleased many fans and critics and was a vibrant, vivacious representation of Mexican culture.