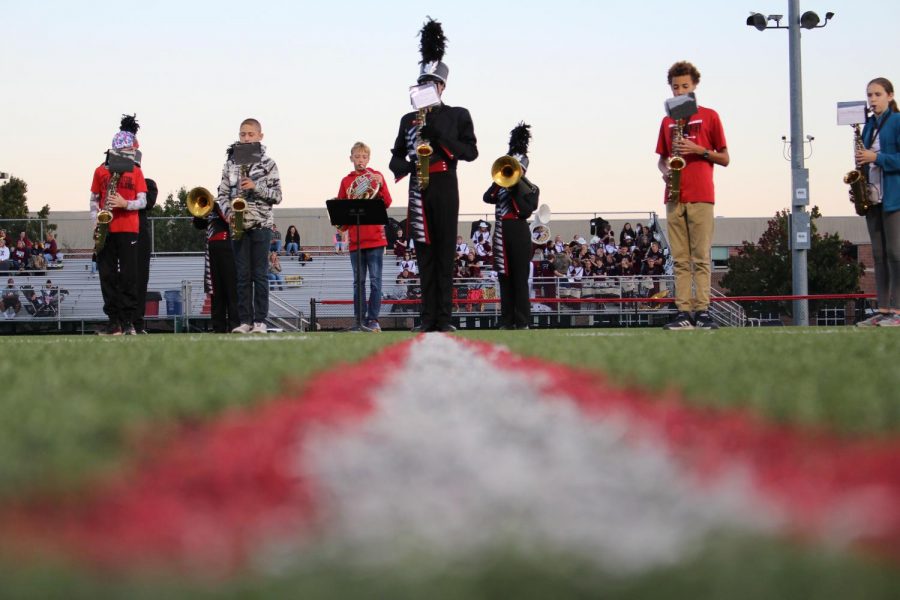 The marching band has begun practice for their new show called “A Matter of Time.”

“It’s called ‘A Matter of Time,’ and it’s basically a person who is struggling with time kind of crushing them in life and eventually learning to overcome it,” said Bolio.

The marching band won Cavalcade of the Band Championships last year with a score of 98.5 against 152 other marching bands.

Band Director Chris Poole said the band is prepared to live up to their win.

“Well, we set the bar pretty high last year, and we’re working to kinda reaching back to where we were last year and pull further along, and we’ve noticed that other groups have followed suit and saw what we did and are trying to follow what we did last year,” said Poole.

Currently, the marching band is practicing music for football games, both at home and away.

Junior drum major Leigha Brown is able to pick out the band’s strengths and weaknesses are.

“Strengths is that I think we all pick up the new music and drill really fast, and we’re open to criticism, and a weakness is that we don’t always work together as well as we could,“ said Brown.

As their season progresses, the marching band will place their focus on championships, which will take place on November 12 at Hershey Park Stadium.