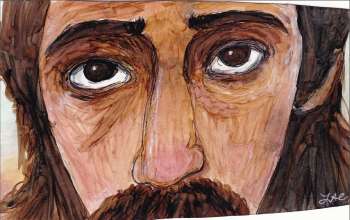 Red. It had never been a color that caught my eye in any particular fashion before. It was a simple color, although one that literature has morphed into a paradox, seeing as symbolism would dictate that it is the loyal companion to romance and passion and the warmth of the heart; however, simultaneously, red is dominance. Aggression. War. Red might be love, but it is also danger and devastation. In the past, it had been nothing but a color to me, but now, it is so much more.

I look around at the nearly empty room that still manages to feel crowded. Amongst the dull grays and not-really-there blues of the walls and furniture, there is a single color that demands to stand out, like a screaming—no…crying—nightmare on a silent night. But maybe that was just the small children housed in the rooms beside mine. My eyes latch onto the red strand of yarn that comes from the crease of my left arm, ignoring the blueberry colored bruise beneath it. Following the line like a roadmap–even though it doesn’t help me feel any less lost in my own skin–I glance over the tangled mess of tubes that all come together at this machine that refuses to stop beeping at me. The nurse had tried to cover up the bag being pumped into me with an extra dressing gown, not that it worked, and I am only made more aware of its label, B+, as it mocks me: be positive.

No, red wasn’t just a color…