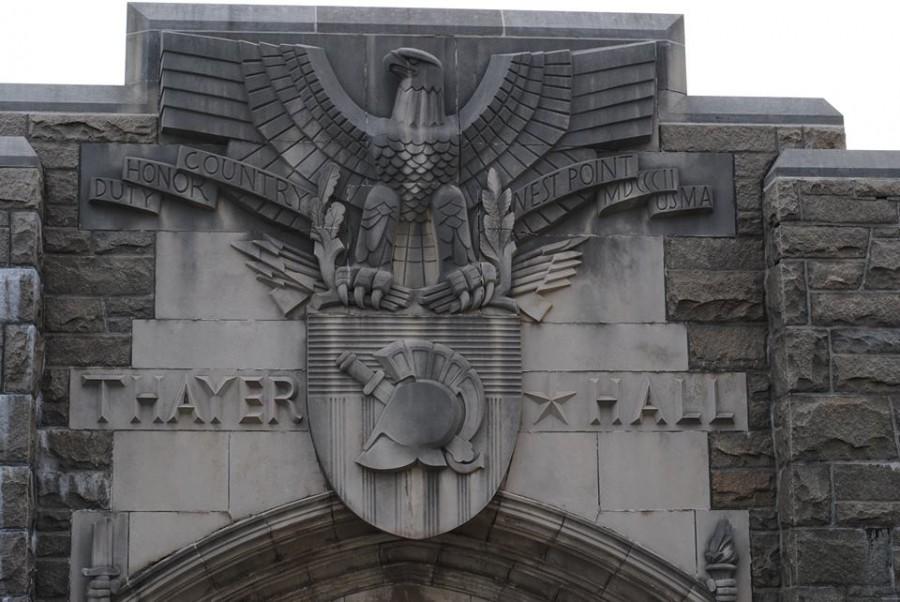 Cadet life is not for everyone, yet, for senior Brigit Duffy, the physical, mental and intellectual demands of military training are a perfect fit as she recently discovered her acceptance to the United States Military Academy at West Point.

With a 9% acceptance rate and an esteemed reputation, West Point is an extremely selective service academy that sets high standards and expects dedication from its cadets as they pursue a career in the Army.

When Duffy received the news of her acceptance, she was elated and reassured to have her future plans set in stone.

“First, I didn’t really believe it,” said Duffy. “I was really relieved because the whole application process took over a year.  I was so excited because my dream is to go there.”

Duffy first became interested in attending a military academy after exploring her post-secondary options during career seminar sophomore year.  Instead of continuing her education at a college or university, Duffy decided that a service academy was the place for her.

Duffy’s mom, Jennifer Duffy, was overjoyed about the news of her acceptance because she recognizes that West Point will play to many of her daughter’s strengths.

“I think the structure at West Point, the challenge that it’s going to be and all the values that it stands for are a good fit for her,” said Jennifer Duffy.

Duffy initiated the application process in January of 2015.  After learning that she met the basic qualifications for a military academy, she completed the actual application and went on to apply for nominations from the two senators, her representative and the Vice President.  The final step of the process included a medical application.  Only after qualifying for each step in the process could Duffy gain acceptance.

At West Point, Duffy is looking forward to putting her skills to the test and working hard to achieve her goals.

“I went to the summer leadership experience at West Point over the summer,” said Duffy. “While I was there, they had a guest speaker who said, ‘Nothing worth having comes easy,’ and that spoke to me because I really enjoy challenges and accepting them.  I know West Point is going to be a major challenge with a lot of sacrifices, but those sacrifices will be outweighed by the reward that I’ll get from graduating.”

At the summer leadership experience, Duffy was immersed into the life of a cadet.  Getting a taste of what her future at West Point would be like confirmed her drive to attend the academy.

Senior Courtney Rodgers, who has been friends with Duffy since middle school, was ecstatic to hear the news about Duffy’s acceptance and attributes much of her success to her strong work ethic.

“She works really hard and always gets her work done,” said Rodgers. “She has a lot of things on her plate and still always gets them done.”

Clearly, much of Duffy’s preparation throughout high school will be beneficial to her as she enters the next chapter of her life.  Duffy’s goals at West Point include obtaining a bachelor of science degree in mechanical engineering with a biomechanics concentration and eventually becoming a part of the Army Corps of Engineers.  As she prepares to start her “boot camp” training over the summer, Duffy will also be mentally preparing for her future in the Army that will impact the lives of many more than just herself.